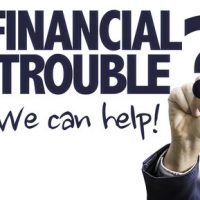 It sounds so convenient: you log online and then find a law firm that handles bankruptcies. Even better, they have no physical office but will do everything online for you. Even the fee is reasonable, so you look for a link to click on to sign up.

We have a little warning: Stop! Do not proceed!

As a recent story out of Oklahoma highlights, consumers might feel like they’re getting ripped off—probably because they are. Instead of using an online firm, debtors should schedule a consultation with a local bankruptcy firm in South Florida for a free consultation.

The story of Larry Pigeon is typical. Living in Oklahoma, Pigeon decided to file for bankruptcy, so he searched online for a firm. He landed on the website for Upright Law, which was located out of Chicago but that claims to have partners in all 50 states.

Upright sold bankruptcy packages to clients. The deal went like this: Upright would fill out the paperwork and then use one of its partners in Larry’s home state to act as local counsel and actually file the paperwork. Larry signed up for the services and provided his bank number, which cost $665.

Ultimately, Larry got sick and was unable to go ahead with his bankruptcy. He also, alarmingly, never received anything from them, so he cancelled and was promised a full refund within a month.

However, months had passed without Larry receiving any refund. According to him, Upright claimed that they were delayed due to a backlog in refunds but were diligently trying to get to his.

A Little Research Should Have Raised Red Flags

The “In Your Corner” news team at KFOR in Oklahoma sprung into action and contacted Upright Law, which immediately minimized Larry’s complaint. Instead, Upright claimed that they had thousands of happy customers and suggested Larry’s was an isolated case.

But a quick review of the company’s Better Business Bureau profile revealed many complaints from consumers for services not rendered. Even worse, Upright Law had been sanctioned by the courts in three states—Alabama, Virginia, and Louisiana.

This is always a possibility with using an online lawyer—he or she will take your money and then never provide services. If they are located far from you, then it is very difficult to bring a lawsuit for money owed, so you might have to just eat the loss. Fortunately, the attention from the In Your Corner team apparently spurred Upright Law into action, because Mr. Pigeon soon received his refund.

Meet with a Local Bankruptcy Attorney

If you are struggling financially, a better option is to meet with a Plantation bankruptcy attorney in person to discuss your case. A local attorney is much easier to contact if you have a problem. They are also closely regulated by the state’s bar association, which can sanction an attorney and even suspend his license if he swindles you out of money.

Nowack & Olson has been practicing bankruptcy law in South Florida for decades. We can meet with you for a free consultation if you call 888-813-4737, where we can discuss the sources of your financial stress and whether a consumer bankruptcy will help you.