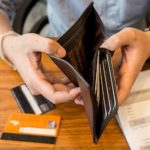 According to Value Penguin, the average American household had $5,700 in credit card debt as of November 2018. The median (or midpoint) debt was $2,300. However, these numbers also include the households that carried no debt. By narrowing the analysis to households with debt, the numbers were much scarier: an average debt of $9,333…. Read More » 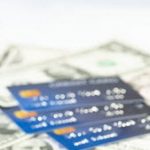 If you carry a credit card balance, you probably regularly check your monthly statement. You might have noticed something surprising over the past year—even though you are regularly paying your debt, your balance does not seem to be declining as fast as it should. There is a simple reason—your interest rate has probably been… Read More » 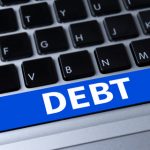 2017 Was a Big Year for Consumer Credit

You might have been noticing more new cars in your neighborhood or more neighbors starting home improvement projects. There is a reason. According to a recent report from TransUnion, 2017 saw consumer credit grow at a steady pace, with more than 20 million new credit accounts opened in 2017 alone. TransUnion credits the strengthening… Read More » 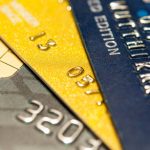 Consolidating Credit Card Debt with a HELOC Is a Terrible Idea

Consumer credit card debt continues to climb. In December 2017, consumer credit grew by $18.4 billion to a total of $3.841 trillion. Distressed consumers might be considering debt consolidation with a home equity line of credit (HELOC) or home equity loan. No matter how precarious your finances, using your home to consolidate credit card… Read More »

Improving your credit score after filing bankruptcy in Florida

Getting out from under credit card debt

Credit card debt is a growing problem in the United States. Perhaps you are one of the many in Florida who carry a balance on multiple credit cards. You may find yourself using them more often for daily expenses or even paying other debts. You are probably aware of the fact that most credit… Read More »

Top tips for paying off your credit card debt

Did you get a little behind on your bills after the holidays? Are you spending more money paying credit card interest than paying down the original debt? Do you feel like you are sliding further and further into a pit of overwhelming debt? You are not alone. Many people in South Florida struggle with… Read More »

Bankruptcy can happen to anyone. Regardless of your age or financial standing, a sudden injury or illness can quickly deplete hard-earned resources. Often referred to as a fresh start, a Chapter 7 or Chapter 13 filing represents a financial “do-over” for those feeling the crushing weight of money problems beyond their control. Baby boomers… Read More »

Which credit card company sues the most borrowers?

When people get a new credit card, they often take several factors into consideration. Things like interest rates, perks, credit limits and card acceptance can all play a role in how we choose credit cards. However, there may be one more element consumers will want to consider: how the bank deals with delinquency. Credit… Read More »

Tips for not letting the holidays drive you deeper into debt

Merrymaking and family traditions always characterize the holidays, but there’s another general characteristic that makes many Floridians very uneasy between Thanksgiving and New Year’s Day, and that is big spending. In fact, a recent poll found that, on average, people who are in a relationship with a significant other expect to spend $338 on… Read More »