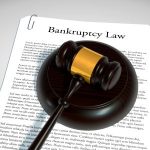 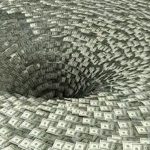 Burt Reynolds was a true original.  During the years he spent in Florida, he made the Sunshine State that much brighter.  The only bad thing anyone could think of to say about him was that he looked too much like Marlon Brando.  Perhaps you have expended considerable effort in trying to emulate him, but… Read More » 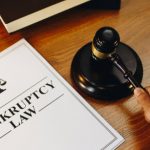 The collapse of a pedestrian bridge in Miami made national news last year when it killed six people. Now, according to NBC 2, the contractor behind the project, Munilla Construction Management (MCM), has filed for Chapter 11 in federal court. This filing will protect the company as it tries to rework its debts. Ultimately,… Read More » 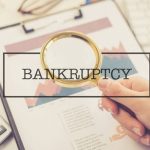 As some people know, media mogul Harvey Weinstein faces numerous credible accusations of sexual harassment and sexual assault. In response, his company, The Weinstein Company (TWC), filed for Chapter 11 bankruptcy protection. Whenever a debtor files for bankruptcy, the court enters an automatic stay that halts all collection attempts against the debtor, including lawsuits…. Read More » 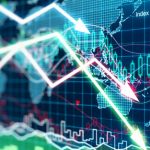 Continuing Your Business in Bankruptcy: Is this Possible?

According to news reports, staff at Weinstein Company are continuing to report to work even though the company filed for bankruptcy protection after the exposure of founder Harvey Weinstein’s sexual misconduct. If you are a business owner, you might wonder how this is possible? Actually, a Chapter 11 bankruptcy exists precisely so that businesses… Read More » 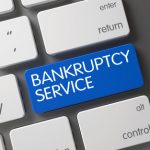 What is a Chapter 11 Bankruptcy?

Federal bankruptcy law provides for different bankruptcies, which are identified by their chapter in the code. A Chapter 11 is an unusual bankruptcy for consumers, the vast majority of whom will choose either a Chapter 7 or a Chapter 13. However, a Chapter 11 bankruptcy makes sense for some of our clients who have… Read More »

Why bankruptcy is not the stigma you might think it is

Many people think of bankruptcy as a weakness or as a moral failing, but this perception is far from accurate. Facts can help rebut criticism. When families in Florida get together for birthdays, graduations, anniversaries, holidays and the like, they often catch up on the news. Cousin Jane is getting married, Uncle Pete bought… Read More »

Three signs bankruptcy may be the best path for your business

Deciding to move forward with relief through bankruptcy can be difficult. These three questions can help. Considering filing for bankruptcy is not easy. This is particularly true for those who are attempting to keep a business running. For many entrepreneurs, a business is more than just a professional endeavor. Businesses often have strong personal… Read More »

What is Chapter 11 bankruptcy?

Bankruptcy is a legal declaration to help clear the burden when a small business or individual is overwhelmed with debt. It initiates a process where creditors often agree to new, and lesser, payments in effort to recoup some of the money they are owned. There are different types of bankruptcy within US code, but… Read More »

Why Do So Many Baseball Players Go Bankrupt?

Many baseball players’ professional careers begin in Fort Lauderdale–and end in bankruptcy. To fans, this is unbelievable. We wonder how players could have squandered their salaries. Yet it happens all the time. Jose Canseco made $45 million in his career and later declared bankruptcy. Curt Schilling made $112 million and went broke. And it… Read More »