Can You Be Arrested for Failing to Pay Debt? 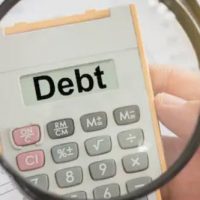 However, there are some narrow exceptions. We encourage everyone struggling with debt to commit to a game plan for dealing with it. Regardless of whether you can go to jail, debt has many negative consequences that can impair a person’s well-being. Contact our Plantation bankruptcy attorney to discuss what step to take next.

The good news is that you will not see the inside of a jail cell for failing to pay most of your debts. Even if a creditor sues you and you lose, the worst thing that happens is your creditor gets a judgment against you.

Of course, this gives your creditor certain rights. They could try to seize your property or even put a lien on certain assets. But you won’t be led away by the police in handcuffs.

If you have a secured asset, you still won’t be arrested. Instead, your default gives the creditor rights to seize the asset, which can happen with a car repo or with a foreclosure of your home.

Tax fraud is a crime, and you could be arrested if you commit it. There are many types of tax fraud, such as failing to report income, inventing business expenses, or refusing to file a return when required.

The IRS can and will aggressively investigate claims of tax fraud. If you are convicted, you could face time in jail. Indeed, in 2019, the IRS recommended nearly 1,000 prosecutions for tax-related offenses, resulting in 593 people being sentenced.

Fortunately, the IRS offers many services for helping people who owe taxes they cannot immediately afford. Reach out to their office as quickly as possible. Options include creating a payment plan that gives you several years to pay off income tax debt.

You might end up in jail if you refuse to pay child support or alimony in Florida. Judges do not throw people in jail lightly. Indeed, jailing someone is a good way to keep them from earning a living, which means they will never pay their debt. To be put in a jail, a judge needs to find that a person intentionally refused to pay. In other words, it wasn’t an oversight or a mistake. The defendant also must have the ability to pay.

If you are struggling to catch up on unpaid child support or alimony, a Chapter 13 bankruptcy could help. You can’t wipe these debts. But you do get extra time to catch up on what you owe. The state will also be prevented from taking collection actions against you.

Contact our Plantation bankruptcy attorneys at Nowack & Olson today to learn more. We have helped tens of thousands of people get right with their debt. Call 888-813-4737 to schedule a free consultation.