Do You Fit The Profile Of A Typical Bankruptcy Filer? 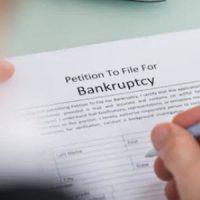 You have probably heard all the stereotypes about people who file for bankruptcy.  There’s the guy who makes extravagant purchases and invests in business ventures that have little chance of success and then, instead of paying up, declares bankruptcy when the bills come due.  Then there’s the guy who declares bankruptcy after a divorce, hoping that he can get a modification of his child support amount; meanwhile, he has his job pay him in cash so he can spend lavishly on his girlfriend.  People who fit these stereotypes account for only a small percentage of bankruptcy filings; in fact, more than half of people who file for bankruptcy are women.  Don’t assume that, just because you are not a womanizer or a wannabe business tycoon, you do not qualify for bankruptcy protection.  Everyone’s bankruptcy filing is unique, and a Miami bankruptcy lawyer can give you advice about yours.

These are some other statistics about how much or how little you resemble other people who have filed for bankruptcy:

The biggest thing that bankruptcy filers seem to have in common is that they are experiencing financial hardship for reasons beyond their control.  Many of them have suffered injuries or illnesses that led to costly medical bills while temporarily or permanently limiting the person’s ability to work.  Remember that you have legal rights regarding how creditors can treat you; filing for bankruptcy may be the solution to your financial problems.

Find Out If Bankruptcy Protection Is Right for You

A South Florida bankruptcy lawyer can help you determine whether filing for bankruptcy protection is right for you.  Contact Nowack & Olson, PLLC in Miami, Florida to discuss your case.