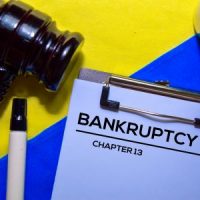 Filing for bankruptcy protection is your legal right.  No one can take that right away from you, not your ex-spouse, not the beneficiaries of your will, and not even the family court, the criminal court, or the bankruptcy court.  In some cases there is a waiting period after one bankruptcy filing before you can file another one, but you will inevitably become eligible to file again.  In fact, Miami rapper Trick Daddy filed for bankruptcy protection three times in the middle of the past decade.  The kind of bankruptcy filing he chose, chapter 13 bankruptcy, does not require you to sell your assets to pay off your debts; instead, you enter a repayment agreement, and if you keep making payments pursuant to the terms of the agreement for three to five years, you can get many of your debts discharged. To find out more, contact a Miami chapter 13 bankruptcy lawyer.

Liberty City’s own Maurice Young, who performs under the stage name Trick Daddy, released a series of commercially successful albums in the late 1990s and throughout the first decade of the 21st century, but by 2015, he had fallen on hard times financially.  He was in the midst of a divorce from his wife Joy, whom he married in 2003, and he was at risk of losing his house in Miami, on which he owed hundreds of thousands of dollars on the mortgage.  The court dismissed Young’s first two bankruptcy filings after he failed to keep up with the payments.

The Hip Hop Wired website reported that, shortly after filing the bankruptcy documents, Young agreed to appear on the reality TV show Love and Hip Hop.  If you file for chapter 13 bankruptcy, you do not necessarily have to agree to appear on reality TV with your ex, but you will need to find some way to earn an income to keep up with your payment plan.  You can discuss it in more detail with a chapter 13 bankruptcy lawyer.

A South Florida chapter 13 bankruptcy lawyer can help you file for bankruptcy protection but you do not want to risk parting with your most prized possessions, as you would have to do in a chapter 13 filing.  Contact Nowack & Olson, PLLC in Miami, Florida to discuss your case.