How Does Filing For Bankruptcy Affect Your Career? 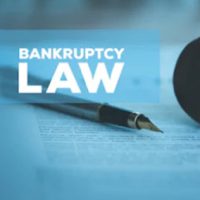 Everyone has the right to file for bankruptcy protection; neither the spouse nor the IRS nor anyone else has the right to stop you.  Despite this, just because you file for bankruptcy protection, it does not automatically mean that the court will accept your filing.  To get your bankruptcy petition accepted, you must persuade the court that you can keep up with the payments on the repayment plan that you are proposing.  You must also be honest about your income, assets, and debts.  A lot of people who file for bankruptcy do it as a way of making a clean break with a failed business venture so they can start a new one.  Others will do anything they can to avoid having a bankruptcy filing appear on their credit report, because they are afraid that it will make them look bad on pre-employment background checks.  Therefore, they sell assets, negotiate with each creditor individually, or take out debt consolidation loans.  To find out more about how bankruptcy will affect your future career plans, contact a Miami chapter 13 bankruptcy lawyer.

After a career in local politics in Miami, Jeffrey Watson moved to Washington, D.C. in the 1990s for a position as a White House aide during the Clinton administration.  After Clinton finished his second term as president, Watson returned to South Florida, where he built a career in real estate investment, although he continued to own a house in Washington, D.C.  Like many Floridians, he incurred heavy financial losses during the housing market crash of 2008.  In 2010, he filed for chapter 13 bankruptcy protection, citing mortgage debt, overdue taxes, and a money judgment against him.  The court rejected his bankruptcy petition, reasoning that he filed it in bad faith.  The trustee said that, since Watson and his wife were self-employed, it was not possible to verify their income.

In September 2017, he again filed for chapter 13 bankruptcy, but several months later, he changed the filing to chapter 11 bankruptcy, since chapter 11 does not require a trustee.  The court dismissed his case when Watson was unable to come up with a satisfactory chapter 11 plan.  To stay afloat financially, Watson sold his Washington, D.C. house.  When Watson was running for City Commission, his opponents alleged that his history of bankruptcy filings reflected badly on his ability to manage public funds.  Watson retorted that Donald Trump or businesses controlled by him had filed for bankruptcy six times before he was elected president.  In 2021, Watson lost the election to Christine King.

Everyone has the right to file for bankruptcy protection, but the court will only accept your filing if it is accurate and meets the formal requirements.  A South Florida chapter 13 bankruptcy lawyer can help you prepare your bankruptcy filing to increase the chances that the court will accept it.  Contact Nowack & Olson, PLLC in Miami, Florida to discuss your case.