Is the Recent Foreclosure Spike a Sign of an Economic Downtown? 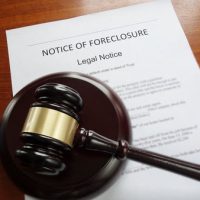 For the past decade, consumers have been able to dig out of debt and even begin to build savings. Some savvy consumers have even managed to save enough for a down payment on a home and take advantage of favorable interest rates. However, storm clouds might be on the horizon.

A recent report shows that foreclosure starts have spiked in south Florida over the past few months. The spike might not herald that a recession is upcoming, but they certainly reveal that the housing market in this area has definitely cooled. Those hoping to jump into the housing market should watch the next few months to see if the situation worsens.

Foreclosures Increase up to 100%

Attom Data Solutions measured the number of foreclosure starts by counting the number of lis pendens entered on property. Lenders enter these notices when they start the foreclosure process so that potential buyers will know that the property is soon to enter foreclosure for late payment.

The numbers might surprise you. In the Sarasota-Manatee region, for example, foreclosure starts increased almost 100%, from 62 up to 123. For the entire state, the increase was lower but still large—35% for the month of July. In the Miami-Fort Lauderdale-West Palm Beach area, the spike was 29%.

The reasons for the increases are unclear. One contributing factor is that lenders granted many borrowers forbearance after the 2017 hurricane season, which allowed them to stop making payment for several months. Many forbearances are ending this summer, so lenders may finally be taking action against delinquent borrowers.

The economy in the U.S. as a whole has been strong, as well as the economy in Florida. Nevertheless, the last recession started with a housing crash, and many people are understandably worried that this last surge in foreclosures is a sign of future economic weakness

Economists are generally positive about the economy. For example, the rate of foreclosures is much lower than what it was in the past. Also, the unemployment rate in Florida is now only 3.7%, which is an 11-year low for the state. Some economists anticipate the rate could go even lower, to 3%, over the coming months as job creation remains strong.

However, the rise in foreclosures in the greater Miami area has been concentrated in mostly working-class neighborhoods, such as Hollywood and Pompano Beach. These places will be the first to feel the pinch when the next recession arrives. If working class people are feeling financial distress, then those in the middle-income bracket could soon follow.

Borrowers feeling financial distress need to act fast if they suspect that a foreclosure is imminent. For example, a bankruptcy can halt the foreclosure in its place and also give you some breathing room by eliminating or reorganizing certain debts.

For more information, please contact us today. One of our Miami bankruptcy attorneys is happy to meet with you to discuss your options. Call us at 866-907-2970.