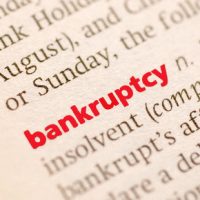 A little discussed research paper by the National Bureau of Economic Research (NBER) has highlighted the many benefits of filing for Chapter 13 bankruptcy. Looking at roughly half a million filings, the two researchers found that those who complete a Chapter 13 tend to make more money and live longer than those who don’t.

According to the study, the average earnings for debtors who file Chapter 13 are $5,562 more in the five-year period after they file. This represented a 25% increase in income. One reason for the increase in income is the fact that more people were working. Employment increased by almost 7 points over the same period.

The researchers theorize that more debtors enter the workforce after filing for bankruptcy because a Chapter 13 frees a debtor from having their wages garnished. As a result, they still have an incentive to earn income since most of it will not be seized by a creditor.

Does this mean you are guaranteed to earn $5,000 more after filing for bankruptcy? Of course not. These are merely averages. Some people might make a lot less, or possibly even lose money, whereas others could make much more than $5,500.

According to the same study, average mortality decreased by 1.2 percentage points. The study also showed that the greatest reduction in mortality occurred with filers who were over the age of 60, with smaller gains for those filers who were younger.

One reason for greater life expectancy could be a reduction in financial stress that debtors feel. Not only will debtors no longer have collection agents calling them and threatening legal action, but they will be less likely to lose their jobs. Increased mortality rates are associated with job loss, which a bankruptcy can mitigate against.

Filing for a Chapter 13 bankruptcy will immediately stop any foreclosure in its tracks. The automatic stay prohibits any creditor from taking an action to recover on a debt, and this includes foreclosures. The automatic stay is in effect until your case is dismissed. So long as you keep to your repayment plan, this period of time stretches from 3-5 years in a Chapter 13 bankruptcy.

Based on the NBER paper, home foreclosure rates decreased by around 19% during the relevant five-year period. By allowing people to stay in their homes, they have no incentive to move to avoid creditors, which can increase the stability in their lives. The authors of the NBER paper speculate that this increased stability contributes to the increased income and reduced mortality rate.

Want to Find Out More about Chapter 13? Call Us Today

At Nowack & Olson, we primarily work with consumers just like you, who have suddenly found themselves in financial straits and are looking for relief. Bankruptcy is often what they need to get a little breathing room and put their lives back in order. To schedule a free consultation with one of our Plantation attorneys, please call 888-813-4737 or send us an online message.