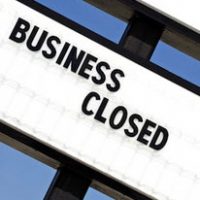 The recent bankruptcy filing and closure of giant retailer Toys ‘R Us made it harder for parents to find toys for their children this holiday season. The bankruptcy filing also hammered the famous Toys for Tots program, hampering the charity’s ability to obtain the toys it needs to distribute to needy families.

Toys for Tots is a program the United States Marine Corps Reserve runs each year. It collects and then gives toys to children when their parents cannot afford to buy gifts for the holidays. Historically, Toys for Tots used to have a bin outside most Toys ‘R Us stores, and customers could drop a toy in the bin on their way out to their car. This was a convenient and easy way to give, and some stores obtained thousands of toys this way.

Toys ‘R Us also gave considerable amounts of money directly to the charity. According to AP, the company gave $5 million last year, which represented about 40% of all corporate giving to the program. These funds allowed Toys for Tots to buy toys if not enough were donated.

Other cities were able to weather the storm because companies stepped into the void created when Toys ‘R Us did not make its annual cash contribution. Companies such as Disney, Build-A-Bear, and Hasbro made monetary contributions to the program to help keep it afloat.

We won’t know whether Toys for Tots received enough toys for 2018 until early next year. Last year, Toys for Tots gave away 18 million toys to around 7 million children. The need probably did not decline much, so the program likely needed to obtain a similar number of toys in 2018 to be successful.

Though it is too late to contribute to the 2018 Toys for Tots campaign, those who are interested can give in 2019. You can visit the Toys for Tots website for more information.

Should Toys ‘R Us Have Made Contributions?

Given its financial difficulties, a question arises: Should Toys ‘R Us have been giving $5 million to the Toys for Tots campaign, when it new dark financial clouds were gathering on the horizon? Wouldn’t the company have been in better financial shape had it kept that money?

Actually, a good deal of the $5 million probably was spent right at Toys ‘R Us stores, so that is almost like giving money to itself. Also, giving to a charity is an effective way to maintain goodwill in the community. All in all, corporate giving is often a net bonus for businesses, even if Toys ‘R Us ultimately went under.

If your business is in financial trouble, you should consider whether filing for bankruptcy is in your best interests. For help analyzing this question, contact Nowack & Olson today. We have offices around South Florida. You can reach us at 888-813-4737 to schedule an initial consultation.