Can You Discharge Private Student Loans In Bankruptcy? 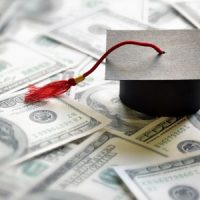 Student loans are among the most difficult kinds of debt to get rid of.  Most consumer debt, including credit card debt and medical bills, is easily discharged in bankruptcy.  Bankruptcy will not erase overdue alimony and child support, but if the family court has placed financial obligations on you that you are unable to meet, you always have the right to file a motion with the family court to modify your alimony or child support order so that you do not have to pay as much.  Student loans, on the other hand, will be an albatross around your neck for years to come even under the best of circumstances.  Income-based repayment plans enable you to discharge your student loans, but only after you forgo most of life’s pleasures for a decade or more.  It is not possible to discharge federal student loans in bankruptcy; you can sometimes discharge private student loans, but it takes some work.  More often, bankruptcy means freeing up funds to repay student loans instead of getting rid of them.  If student loans are a major contributor to your financial woes, contact a Miami chapter 7 bankruptcy lawyer.

Some Navient Borrowers Left in the Lurch

Private student loans offered by Navient were some of the sleaziest of the bunch.  The company offered these loans to tide borrowers over until they could get federally backed student loan funding to attend for-profit colleges.  If it has been years since you have heard about for-profit colleges, those are the ones, bottom feeder schools like ITT Technical Institute and the various Art Institute campuses in South Florida that used to advertise relentlessly on daytime television.  Regulators shut down those schools more than five years ago, but if you have ever taken out a student loan, then it will not surprise you that many borrowers are still stuck with a mountain of debt from when they enrolled in ITT Tech in the 90s after seeing umpteen commercials for it during a single episode of the Ricki Lake Show.  Given that the worst for-profit schools rendered their graduates even less employable than they were before they attended, it also will not surprise you that, despite paying a substantial portion of their income toward their Navient loans, the money they still owe on those loans is greater than the amount they originally borrowed.

This year, Navient reached a settlement with 39 states, including Florida, to discharge $1.7 billion in private loans; that is good news for the 87 percent of borrowers who defaulted on their Navient private loans.  It is less reassuring for the other 13 percent, the ones who have been making payments for all these years and still owe a bundle.  A debt lawyer can help those borrowers, too.

A South Florida chapter 7 bankruptcy lawyer can help you plan for a bankruptcy filing where you petition the court to discharge your private student loans, or else just free up funds to pay them.  Contact Nowack & Olson, PLLC in Miami, Florida to discuss your case.