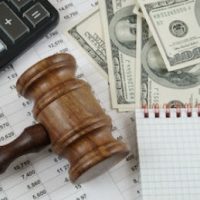 Most states have usury laws which set the maximum interest rate that a lender can charge on loans. In Florida, the maximum rate is 18% on a loan up to $500,000 and 25% on a loan of $500,000 or more. If a lender charges more than these limits, he could be charged with a criminal felony.

However, the situation with credit card companies is somewhat different. Credit card companies are often issued from national banks which don’t neatly fit within one state. For example, you might live in Florida but have a card issued by a bank in North Dakota.

The Senators want to change that. Instead, they want to limit the maximum interest rate to that of the cardholder’s state—regardless of where the issuing bank is located.

The Senators make a compelling case. Among the points they argue are:

If the Senators succeed, then some cardholders could see lower interest rates on their balances.

Will the Bill Make a Positive Difference?

Restraining the ability of banks to charge interest might sound like a good idea, but there could be problems as mentioned in the Payments Journal article. For example, banks currently price interest rates based on the risk posed by the borrower. This won’t change even if Congress passes the law. If you are a riskier borrower, you can expect to pay more.

Also, if a state doesn’t allow banks to charge high interest rates, then people who live there might have limited access to credit. A bank that can’t adequately price for risk will respond by not extending credit at all. That could hurt consumers, who can’t build their credit histories and can’t make necessary purchases.

Behind on Bills and Don’t Know what to Do? We Can Talk to You

At Nowack & Olson, our dedicated Plantation bankruptcy attorneys help indebted consumers dig out from under their debt piles by filing for a consumer bankruptcy. For more information about whether we can help you, please call 888-813-4737 or reach out to us online.

We offer a free and fully confidential initial consultation.