A Recent Example Of The Consequences Of Bankruptcy Fraud Allegations 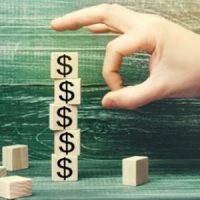 According to the Department of Justice, Dan Kamensky, the founder of hedge fund Marble Ridge Capital, pled guilty in February to bankruptcy fraud related to Neiman Marcus. The hedge fund founder pled in response to allegations of a scheme to pressure a rival bidder to abandon its higher bid for assets in connection with Neiman Marcus’s bankruptcy proceedings so that Marble Ridge could obtain those assets for a lower price. The former bankruptcy attorney and experienced distressed debt investor was the principal of Marble Ridge which had assets under management of more than $1 billion that were invested in securities in distressed situations, including bankruptcies. He reportedly engaged in a scheme which unfolded as follows:

The hedge fund is now in the process of winding down operations and returning investor capital while the 48-year-old Kamensky is scheduled to be sentenced in May of this year and faces up to five years of prison time.

Why is it Important to Avoid Allegations of Bankruptcy Fraud?

Filing for bankruptcy is a complicated process and innocent mistakes are understandable. However, it is imperative that you be as truthful as possible when it comes to bankruptcy. In addition to helping you maintain the credibility that is essential when it comes to discharging debts, being truthful can help you avoid potentially serious consequences of allegations of fraud. The most serious of these is prison time as indicated in the example outlined above. And if you’re wondering why there is even a question of fraudulent behavior because you know you would never engage in such a thing – recognize that statistics indicate that approximately 10 percent of bankruptcy filings in America involve fraudulent claims.

Bankruptcy Attorneys You Can Rely On

Having someone in your corner can be essential when it comes to ensuring that you are moving through the bankruptcy process in a way that increases your chances of obtaining the financial relief you seek. As the Plantation bankruptcy attorneys at Nowack & Olson, PLLC, you can depend on us to assist you with navigating the bankruptcy process. Our four decades of combined experience enables us to assist our clients in a wide range of scenarios and we welcome the opportunity to help you. Contact us today to begin with a consultation.