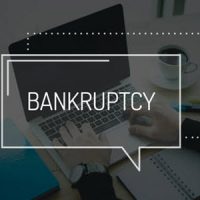 Data from the American Bankruptcy Institute (ABI) shows that the number of bankruptcy filings increased substantially across the United States in March 2020, the first month of the COVID-19 shutdown. These fillings took place against a backdrop of massive job loss, business closures, and economic distress.

Although the number of filings increased 7% in Florida, this was one of the smaller increases (believe it or not) in the entire nation. Indeed, Florida ranked 42nd in the country based on the percentage increase over the month before.

One reason why Florida possibly did not see a larger bump was that the state has so many retirees whose income is less vulnerable to fluctuations in the larger economy. Also, Governor DeSantis did not issue a lockdown order until relatively late, so perhaps the state has yet to feel the full force of the economic contraction.

Other states were hammered and experienced massive increases in the number of residents filing for bankruptcy. Arizona, for example, saw a 52% increase month over month, for one of the highest increases. Idaho also saw a 73% increase and Montana an 88% jump.

Meanwhile, some states actually saw a decline. California’s rate decreased by 1%, and our neighbor to the north, Georgia, saw an 8% decline in the number of bankruptcy filings in March 2020 compared to March 2019.

Because a Chapter 13 requires that the debtor have a regular wage, we anticipate that it will not be as popular going forward. Many people who are jobless will have to choose Chapter 7 out of necessity.

ABI also breaks out data by federal court jurisdiction, which allows us to take a granular look at how bankruptcy filings stack up across the state. The Southern District of Florida, which includes our offices, actually has seen fewer bankruptcy filings in March compared to earlier in the year. In February, for example, our district saw 1,401 bankruptcy cases filed. In March? Only 1,324—a small decrease.

The other two districts in Florida saw big jumps in March. The Middle District, for example, saw 2,162 cases filed in March compared to 1,917 in February, an increase of around 13%. The numbers suggest that South Floridians have not yet felt the full brunt of the economic downturn.

This pandemic has impacted people differently. Whereas some people continue to work, others are jobless and unsure of how to support themselves.

If you would like to discuss your options for tackling your debt, contact Nowack & Olson today. Our Plantation bankruptcy lawyers are available to meet with you for a free consultation if you call.