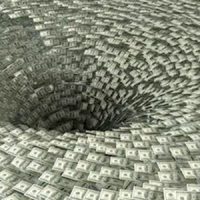 Burt Reynolds was a true original.  During the years he spent in Florida, he made the Sunshine State that much brighter.  The only bad thing anyone could think of to say about him was that he looked too much like Marlon Brando.  Perhaps you have expended considerable effort in trying to emulate him, but even if you have the football skills, the work ethic, the winning personality, and the acting and singing ability, you don’t have that chest hair.  When it comes to bankruptcy, though, you and Burt Reynolds have more in common than you think.  Reynolds filed for bankruptcy several times and under circumstances similar to those that would lead you or me to consider a bankruptcy filing.  If you have decided that a bankruptcy filing is the best solution to your debt problems, contact a Boca Raton chapter 11 bankruptcy lawyer.

Staying in Business Throughout Your Bankruptcy Case

In the 1980s and 1990s, Burt Reynolds used capital he had earned from his acting career to open two restaurants, Burt and Jack’s waterfront restaurant in Fort Lauderdale and the Burt Reynolds Jupiter Theater, a dinner theater where aspiring stage actors under his mentorship would perform.  Restaurant and theater businesses have a high cost of overhead, so they easily go into debt whenever anything goes wrong.  Celebrity divorce is more than enough to mess up a restaurant’s profitability, and that is exactly what happened to him in the 1990s.  In 1996, Reynolds filed for chapter 11 bankruptcy.  This type of bankruptcy enables businesses to continue operating even during and after the restructuring of their debts.  Reynolds closed the dinner theater in 1997 in the wake of the bankruptcy filing, but Burt and Jack’s stayed open until 2002, when the strict security measures at the port after the September 11 attacks meant that its waterfront location was not getting many visitors.

When Couples Who Live Beyond Their Means Go Their Separate Ways

Many of us live beyond our means, and we get away with it until we get divorced and the court scrutinizes our finances.  Reynolds and his wife Loni Anderson had a fabulous lifestyle; they owned a ranch in Florida with 150 horses, plus mansions scattered throughout the country and a private jet.  He even allegedly owned more than $100,000 worth of toupees.  Reynolds and Anderson’s divorce meant that he could no longer afford to keep up his lavish spending.  Another event that damaged his finances was his legal battle with Pam Seals, his ex-girlfriend whom he began dating while still married to Anderson.

The moral of the story is that, even if your entire net worth is less than the value of Burt Reynolds’ toupees, chapter 11 bankruptcy protection can give you a fresh start.

A South Florida chapter 11 bankruptcy lawyer can help you file for bankruptcy protection so that you can afford to pay down your debts while continuing to operate your businesses.  Contact Nowack & Olson, PLLC in Plantation, Florida to discuss your case.