Bankruptcy’s Effect on the Economy 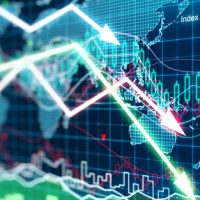 A recent article in Barron’s caught our eye. It focuses on how bankruptcy affects the overall economy and reports on research from three academics at Yale, Stanford, and Harvard Universities. The scholars compared how well the economy did in states that have bankruptcy rules that favor debtors compared to those states that favored creditors. What they found was that pro-debtor states recovered much faster from the Great Recession of 2008-2009 than other states.

Bankruptcy is generally federal law, which every state must follow. However, states have a role to play, too. In a Chapter 7 bankruptcy, for example, a debtor can discharge all his qualifying debts, but the trustee can take and sell non-exempt property for the benefit of creditors.

Every state is free to determine what property is exempt and there is no real rhyme or reason to how states have come up with their lists of exempt property.

Some states, like Florida and Texas, are very pro-debtor. In Florida, for example, residents can exempt the full value of their homestead in most situations. In other states, by contrast, a debtor might only be able to shield a few thousand dollars of value in their home. This means that if a home is worth $100,000 when a debtor files for bankruptcy, the trustee can seize the home and sell it, distributing the equity to creditors.

Recovery from the Great Recession

The three academics studied how well the economy improved in states that had pro-debtor bankruptcy regimes. They focused on the Kansas City area, which straddles the state line that divides Kansas and Missouri. Kansas is generally a pro-debtor state, allowing debtors to exempt a lot of property, whereas Missouri was a pro-creditor state with stingy rules related to exemption.

What the scholars found was interesting—the Kansas side of Kansas City recovered much faster from the Great Recession than the Missouri side. For example:

The authors then dug into data from around the country and confirmed what the Kansas City data told them—states that have pro-debtor rules tended to recover from economic shocks better than those that made bankruptcy tough for consumers.

This research could play an interesting role in whether Congress should grant wide-ranging relief from student loans. Some candidates for the Democratic Primary are campaigning on canceling some or all student loans as a way to help boost the economy. Since those with less debt consume more, cancelling loans could boost consumption as well as employment.

Unfortunately, widespread debt relief is not yet on the horizon. Still, indebted consumers have options. At Nowack & Olson, our Plantation bankruptcy attorneys will meet with you for a free consultation to discuss whether filing for bankruptcy is right for you. Call 888-813-4737 today.