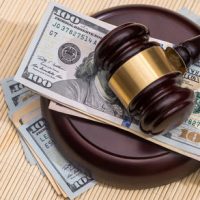 In a surprise announcement, the Boy Scouts of America have reported that they are considering bankruptcy. The news is especially surprising given the organization’s recent decision to begin allowing girls into the program—a move that was largely viewed as the death knell for the Girl Scouts.

However, the Boy Scouts have been laboring under a sex abuse scandal that rivals the scandals that have engulfed the Catholic Church. By seeking bankruptcy protection, the Boy Scouts could insulate themselves from these lawsuits—one of the surprising benefits of filing.

One of the horrors of childhood sex abuse is that its victims often do not feel empowered to speak up about it, especially while it is happening. Instead, decades down the road, some victims find the courage to come forward.

As reported in Bloomberg, one of those victims is Robb Lawson, who waited until he was 45 before finally coming forward with his story. According to Lawson, while on a wilderness challenge as a boy in Georgia, a trip leader raped him inside a tent.

Lawson, unfortunately, was not the only victim. Currently, the Boy Scouts of America are defending against hundreds of claims. Part of the impetus for the lawsuits were the records the organization kept over the years of allegations of sexual abuse and misconduct. The Boy Scouts claim they kept these records to help identify which adults should be excluded from volunteer opportunities,  but the sex assault victims claim something else.

How a Bankruptcy Protects the Boy Scouts

Technically, you cannot discharge any lawsuit. In fact, the code prevents someone from discharging a judgment for a willful or malicious injury, as well as for a judgment related to death or injury caused by drunk driving.

Most sexual abuse was caused by Boy Scout volunteers, not employees, so the organization did not willfully abuse anyone. Instead, many lawsuits allege that the organization was negligent in failing to warn parents about possible sexual abuse. In this situation, the Boy Scouts could possibly get many judgments against them discharged in bankruptcy.

Bankruptcy Advice You Can Trust

Nowack & Olson is a leading bankruptcy firm in Plantation, with nearby offices in Jupiter and Coral Gables. We have helped numerous individuals and small businesses successfully complete bankruptcy, saving them thousands of dollars in discharged debt payments. For more information, please schedule a free consultation with one of our lawyers by calling 888-813-4737.