Can a Conservator or Guardian File for Bankruptcy? 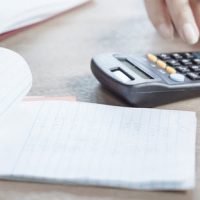 When someone lacks the capacity to make financial decisions for themselves, they might be appointed a guardian or a conservator. These people can manage the ward’s financial affairs, including paying bills, making investment decisions, and buying or selling property.

Check if You Have the Authority

If you are a guardian or conservator, you should identify first whether you have the power to file for bankruptcy on the ward’s behalf. A guardian, for example, should receive an order of guardianship from the judge that lists their powers. Check to see if filing for bankruptcy is one of the powers granted. If you have not yet gone through the guardianship proceeding, you can raise the issue with the probate judge ahead of time and ask that this power be included in the order of guardianship.

Appointing a Next Friend or Guardian ad Litem

If the bankruptcy court does not feel that you have the power to file for bankruptcy on behalf of a ward, you might need to request appointment as a “next friend” or guardian ad litem. To qualify, you will need to show that you have adequate knowledge of the ward’s financial affairs, as well as his or her property. You will also need to prove to the judge that the person is actually incompetent, which can require obtaining medical records or other evidence to show the judge. Once appointed, the bankruptcy rules allow you to file a voluntary petition on behalf of the incompetent person.

Sometimes problems arise if your ward is indebted to you, because it looks like you might have a personal stake in the bankruptcy that could compromise your decision making. This type of conflict of interest could keep you from being appointed as next friend or guardian ad litem. You should proceed carefully and discuss your situation with a bankruptcy attorney, who can recommend a sensible course of action.

Speak with a Bankruptcy Lawyer in South Florida

If you serve as a guardian or have a power of attorney, you could be thinking that a bankruptcy would be in the best interests of the person under your care. To successfully file for bankruptcy, however, you will need an experienced advocate in your corner. At Nowack & Olson, we can help you better understand the process and your options. With offices around South Florida, we are not very far away. Call 866-907-2970 to schedule your free consultation.