Can States File for Bankruptcy? 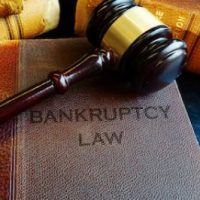 This might be surprising to hear, but states cannot file for bankruptcy. Bankruptcy is a creature of federal law, and the code must authorize an entity to file before it can. There are laws that allow individuals and businesses to file, as well as cities and municipalities. However, there is no law that currently allows states to file.

The recent economic collapse might change that. With government tax receipts falling, many states have demanded that President Trump and Congress provide massive funding to make up the shortfall. But Senate Majority Leader Mitch McConnell has suggested instead that states file for bankruptcy. How would they do that?

The Laws Need to Be Amended

If McConnell is serious about letting states file for bankruptcy protection, then he needs to get Congress to pass legislation to that effect. It would not be too unusual. For example, Puerto Rico is a U.S. territory that has struggled financially. In 2016, President Obama signed a law allowing Puerto Rico to declare for bankruptcy, which it promptly did.

Bankruptcy allows entities to restructure their debt, which often means cutting some of it and paying back the rest in an orderly fashion. Bankruptcy prevents debtors from competing to get to the courthouse first before the debtor’s resources are depleted. Once the debtor emerges from bankruptcy, it should be on more solid footing.

Even without the bankruptcy option, states (like individuals and businesses) can just default. This means they do not pay their debts and creditors must take further action, usually suing in court. But since you can’t get water from a stone, a creditor will have few options to collect from a state even if they win a court judgment.

Default is also risky. Newsweek notes that default is a lengthy process, since debtors do not default on all debts at once. Each individual court case would also have to work its way through the system. A state could also favor some creditors over others—paying back 100% of certain loans and 0% of others. With bankruptcy, the process is much more orderly. Creditors are treated the same as similar creditors, so none gain an unfair advantage.

Florida’s Finances are in Fair Shape

The states hurting the most are New York, New Jersey, and Illinois, with California not too far behind. These states have promised generous pension benefits to their government works but have not fully funded them.

Florida’s retirement system, by contrast, is about 84% funded, which is not bad comparatively speaking. Although the recent pandemic will definitely pinch the state’s pocketbook, Florida is poised to rebound quickly. We do not expect the state to file for bankruptcy.

Has the Pandemic Hurt Your Finances?

At Nowack & Olson, PLLC our Plantation bankruptcy attorneys work with families and small businesses to identify their best option for tackling their debt. For many people, a Chapter 7 or 13 bankruptcy provides the best relief. A small business might also consider a streamlined version of Chapter 11.