Can You Go To Jail For Failure To Pay A Debt? 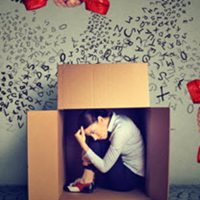 Until the 19th century, imprisoning people who could not repay debts was a common practice in many countries.  There are even some buildings still standing in the United States that used to be used as jails for debtors.  While the Eighth Amendment to the United States Constitution forbids excessive fines and cruel and unusual punishment, it does not specifically include debtors’ prisons in this definition.  In 1983, the U.S. Supreme Court handed down a ruling in Bearden v. Georgia, stating that to imprison someone for inability to pay fines or court fees is a violation of the Fourteenth Amendment.  Meanwhile, debt collectors continue to threaten borrowers that they will go to jail if they don’t pay.  How credible are these threats?  A Miami debt lawyer can help you build a debt repayment strategy based on a realistic assessment of your situation and not on panic or on wishful thinking.

Inability to pay a debt is not a crime, but lying about your finances in an official context is.  When people go to jail for unpaid taxes, it is usually because of tax fraud, not simply because of their inability to pay.  In other words, you can go to jail for knowingly making false statements on your income tax returns.  You can also go to jail for making false statements under oath in court or during a deposition.  This includes debtors’ examinations.  In other words, if a creditor sues you about a debt, you must attend all the court appearances you are required to attend, and you must answer truthfully.  If creditors have filed a lawsuit against you about an unpaid debt, you should hire a lawyer.

A South Florida debt lawyer can help you deal with debtors’ examinations, tax debts, and other difficult situations related to consumer debt.  Contact Nowack & Olson, PLLC in Miami, Florida to discuss your case.