Changes in Consumer Credit 10 Years after the Great Recession 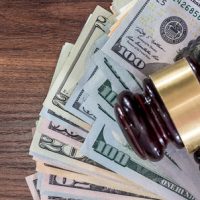 TransUnion’s recently released Industry Insights Report provides a helpful window to compare the state of credit 10 years after the start of the last recession. The report provides optimism that consumers are in a much better place today than they were a decade earlier, and therefore are much better equipped to handle a financial emergency.

In the second quarter of 2008, 52% of people had credit scores of 661 or higher. This is considered “prime” by most lenders. A decade later, the percentage of people with a prime score had increased to 60%.

With a higher credit score, consumers can typically secure lower-interest loans, which will be easier to pay off, thus lowering delinquencies. By repairing their credit over the past decade, consumers are in a stronger position to withstand any future economic downturn.

Serious Delinquencies are Much Lower

During the late 2000s, a credit bubble ballooned, growing largely due to lending to subprime borrowers. These borrowers were always a risk, and when they defaulted in large numbers they took the economy down with them.

Ten years later, tightened lending standards have prevented a credit bubble from reflating. And consumers have managed to pay back their loans at a greater rate. Compare the following:

The report also noted that consumers have changed their debt portfolio, with fewer taking on mortgage debt but more accessing car loans and unsecured personal debts.

Credit card growth has also remained strong. In fact, TransUnion reported that the number of people with a credit card has reached an all-time high of 176 million in Q2 2018. Consumers increased credit card balances nearly 6% in the second quarter, with super prime borrowers seeing the highest growth rate of over 8%. Subprime borrowers have also seen a large increase in credit card balances, which is not cause for concern so long as the economy remains strong.

In Debt? Speak to a Bankruptcy Lawyer in South Florida

Although consumers are generally in a good place, everyone’s situation is different. Maybe you experienced a medical emergency, or you might have lost your job and had to survive on credit cards. Whatever the reason, a consumer bankruptcy might be what you need to get some breathing room and get your financial house in order.

For more information about your options, including whether you want to file a Chapter 7 or Chapter 13 bankruptcy, please contact Nowack & Olson in Plantation for your free consultation, 866-907-2970.