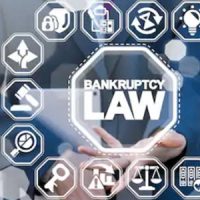 When he ran for office, President Trump promised to protect the coal industry, which was crucial to his winning certain states, such as West Virginia. However, in spite of the economic expansion that has no end in sight, many coal companies are feeling financial stress and filing for bankruptcy. Forbes ran an interesting story that looked at the struggles coal companies have experienced.

Falling Price of Coal to Blame for Financial Difficulties

According to Forbes, the price of coal has fallen roughly 38% from a high in October 2018 and is now down at levels not seen in almost 3 years. This collapse in price has been disastrous for many of the nation’s largest coal companies.

Blackjewel, for example, filed for bankruptcy back in July 1, 2019. The company was ultimately purchased, and mining started up again, but about 600 workers were affected by the shutdown.

Blackjewel was not alone racing to bankruptcy court. Murray Energy, which is the country’s third largest coal producer, filed for bankruptcy at the end of October 2019. And Peabody Energy reported a large loss for the quarter ending in September. Analysts do not think the bleeding will stop any time soon and are expecting more declines in Peabody Energy’s share price for 2020.

In total, around 546 coal-fired power plants have been shut down since the start of the decade. The plants that have been retired are not all old plants, either Instead, some of the largest and youngest units have also been retired. This is a disturbing trend for the coal industry.

Other Power Sources Surge Ahead

Instead of coal, many power plants are using natural gas, wind, along with other renewable energy sources. This trend will probably not reverse any time soon, regardless of the price of coal. In fact, an increase in the cost of coal might temporarily help coal company’s bottom lines but could be counterproductive as more power plants turn to alternative sources of fuel.

More Bankruptcies on the Horizon?

Many of President Trump’s competitors in 2016 stated that coal was a dying industry and that states like West Virginia needed to transition their economy to become less reliant on the energy source. If present trends continue, then they may be right. We could be seeing more bankruptcies involving the coal industry in the future, which will put tens of thousands of miners out of work.

Is Your Business in Financial Distress? Call Our Bankruptcy Lawyers in South Florida Today

Nowack & Olson, PLLC is a leading bankruptcy law firm in South Florida. We have helped many small and family businesses declare bankruptcy and take care of their debt. We also have experience with Chapter 11 bankruptcies. To speak with one of our Plantation bankruptcy attorneys, please call 888-813-4737 or send us a message.