Colleges that Have Gone Bankrupt or Closed 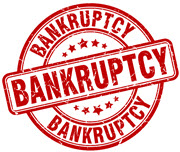 A little-known trend has gathered steam recently—colleges have declared bankruptcy. At a time when most of the public is concerned about the high cost of student loan debt, the colleges and universities that have been prime beneficiaries of that debt have struggled with declining enrollments. One reason? The millennial generation has finally worked its way through college, and the generation coming up behind it (the so-called “Zoomers”) is smaller.

Below are some of the college bankruptcies or closures that shocked many concerned alumni. If the predictions of one Harvard Business School professor are accurate, many more closures could be on the horizon.

This art school announced in 2017 that it was shutting its lights off for the final time. Founded in 1936, the art school had enrolled an average of 380 students each year. However, the number of students had plunged in the years leading up to the closer, and the school was struggling with real estate debt.

News came out in September 2019 that the College of New Rochelle had filed for bankruptcy protection, though this was not surprising. The college held its final graduation last year, and financial problems had mounted after a finance official at the school was convicted on federal fraud charges. The school is currently being rented by Mercy College but will be put up for auction later this year. The main campus is 15.6 acres, which we hope will fetch a high bidder.

This small college in idyllic Vermont went under in 2016. This closure made news because Senator Bernie Sanders’ wife, Jane, had been the school’s president for a tumultuous spell a few years earlier.

According to media reports, the college bought a $10 million piece of property, despite having an endowment of only $100,000. Administrators planned to use donations to help fund the purchase, but many planned donations never materialized. The school’s property was sold in a foreclosure auction.

Wheelock managed to avoid bankruptcy but only by joining with the much larger Boston University in a merger. These types of mergers might become an attractive alternative to filing for bankruptcy. Corcoran College of Art & Design, for example, merged with George Washington University in 2014. Mergers can benefit both large and small institutions, so we should expect to see more of them in the future.

Shutting down does not always last forever. This is the happy news out of Antioch College, a well-known institution of higher learning in Yellow Springs, Ohio. The college temporarily shut down in 2008 because of financial problems. However, concerned alumni helped the college pull itself up and, in 2011, the school reopened. We wish we could report news is sunny, but the school continues to face challenges, including lower than expected enrollments and forced furloughs of staff members.

Has Your School Declared Bankruptcy?

Students who attend schools that shut down have options for repaying their debts. You should contact a student loan officer at your school for more information.

The Plantation bankruptcy attorneys at Nowack & Olson helps bankrupt consumers tackle their debts. For more information, call us at 888-813-4737 or send us a message.