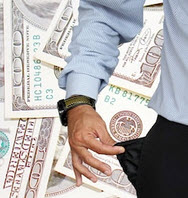 The strong economy continues to encourage consumption, with people buying everything from new cars to expensive nights out on the town. However, many people fuel their consumption with debt, and this is certainly true in Florida.

According to the Tampa Bay Times, average debt grew by $1,305 in 2018 in Florida. This ranked the state at #15 in the country, and there is no sign that the debt boom is slackening.

If you find yourself in financial stress, please contact a Plantation bankruptcy attorney today. We can talk about your options from getting out from under your debt pile in as painless a way as possible.

The data on consumer debt was collected by Experian, one of the country’s largest credit reporting agencies. According to Experian, the fourth quarter of 2018 represented a high-water mark for consumer credit, coming in at $13.3 trillion. For comparison purposes, the Gross Domestic Product (GDP) for the entire country was around $21 trillion in 2018.

With average debt load in Florida rising $1,305, we ranked in the top third of all states. Other states that saw a big bump in consumer debt in 2018 were:

Other states were actually able to reduce their average debt loads thanks to belt tightening. For example, New York’s debt load decreased $1,206 per consumer.

Is the Amount of Debt Sustainable?

Anyone over 20 surely remembers the Great Recession, which started at the very end of 2008. Increases in consumer debt loads certainly make many people edgy because of the assumption that they won’t be able to service their debt in the event that the economy slows down. A wave of debt defaults could ripple through the economy, leading to another large-scale melt-down. Even if these fears are overblown, there is a core nugget of legitimacy to them.

Nevertheless, consumers are certainly making more now than they were back at the former peak, around 2007. Indeed, the ratio of debt to household income is at its lowest point since 1999 and is well off its peak in 2008. Americans have also saved considerably over the past decade—saving 7% of their income last year alone.

All this means that consumer should have sufficient savings and other assets to continue servicing their debt during a downturn, so long as the next recession is not too pronounced or lengthy.

Are You Struggling Financially?

Of course, financial distress can strike anyone at any time. Job loss, illness, and other crises can send stretched households over the edge.

We can help. If you are unsure how to get a handle on your debts, you should consider whether a consumer bankruptcy would be ideal for you. With a Chapter 7, for example, you could wipe out most credit card and medical debt in a matter of months.

Call us today at 888-813-4737. A Plantation bankruptcy attorney at Nowack & Olson, PLLC will be happy to review your options with you.