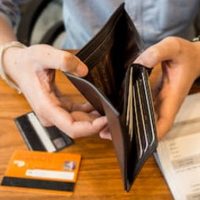 With so many recent job losses—more than 40 million at last count—we expected consumers to tap their credit cards to keep afloat and pay bills. However, recent data from the federal government shows that credit card debt has declined. According to Forbes, credit card debt fell below $1 billion for the first time in 9 years.

Experts, however, were not surprised but anticipated the decline for the reasons listed below. Our South Florida bankruptcy lawyer takes a look.

People are Tightening their Belts

Many unemployed people responded to their drop in income by spending less—a trend we saw during the Great Recession, as well. This is encouraging news, since it shows that most consumers can cut their spending when their income falls. With less coming in the door, consumers did the rational thing and pinched their pennies.

Income collapse was severe. Government data shows that personal income decreased by $874.2 billion in May, so there was a lot less to spend. Consumers who could afford to save also did so: the personal savings rate nearly doubled from March to May. The savings rate also climbed in the years following the Great Recession, which means more people have a savings cushion to keep them afloat, at least for a little while.

Of course, one reason consumers had to tighten their belts is that a lot of businesses shut their doors because of the pandemic. For example, bars and restaurants closed in many places, forcing people to cook their own meals at home. Eating at a restaurant is a definite driver of spending, so people have been forced to save by cooking meals in the kitchen.

Retail stores, movie theaters, and spas also closed during the pandemic, and some still have not reopened. Although buying from an online retailer is an option, it is difficult to recreate experiences, like a day at a spa with friends. With few places to go, consumers did not have the opportunity to spend as much as they normally would, which definitely contributed to the drop in credit card debt.

Banks Are Charging Off Debt

This explanation is less welcome news. When consumers cannot pay debt, the bank might agree to “charge off”—or eliminate—a portion of it. This charge off does not count as revolving debt. In other words, people are defaulting on their credit cards and banks are responding by eliminating some portion of the debt.

Banks have also become leery of extending credit the past few months. Some have even reduced the amount that a person can take as a cash advance. Other banks are lowering the credit limit on certain accounts, which also restrains spending.

Are You on the Verge of Default? Contact a South Florida Bankruptcy Lawyer

Filing for bankruptcy is sometimes the most sensible choice for getting on top of debts. Though few people are eager to file, bankruptcy can help a consumer finally obtain financial freedom.

To discuss your options, contact the Plantation bankruptcy attorneys at Nowack & Olson, PLLC today. We offer free consultations, which you can schedule by calling 888-813-4737.