Creditors Can’t Send You To Jail, Except When They Can 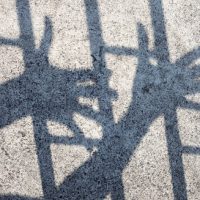 Many children were first introduced to the concept of jail by the game Monopoly.  In Monopoly, you get in and out of jail almost by chance, ostensibly because of a financial misstep or the rectification thereof.  In fact, United States law goes out of its way to prohibit the state from incarcerating people for unpaid debts.  Constitutional amendments prohibit the use of debtors’ prisons and excessive financial penalties for people accused or convicted of crimes.  Why, then, do creditors so often threaten that you will end up behind bars if you don’t pay?  A Plantation creditor harassment lawyer can help you separate the truth from the empty threats.

When Is It a Crime Not to Pay?

You cannot get criminal charges just for carrying more consumer debt than you can pay off in the foreseeable future; if you could, we would all be behind bars.  Some financial crimes are, however, defined as the failure to pay certain money that you promised to pay.  For example, tax evasion, which is the intentional failure to pay federal or state taxes, is a criminal offense.  Likewise, if you knowingly mislead someone into making a financial investment by making false promises that you will pay them back a certain amount on a certain time (when you know that you will not pay and they will lose their investment), you can be convicted of fraud.  Fraud and tax evasion are crimes because they involve intentional and dishonest nonpayment.

Lying on a Debtor’s Examination Is Perjury

Debtors’ examinations, where a creditor’s lawyer takes a deposition where they ask all kinds of intrusive questions about your finances in order to determine your ability to pay, aren’t pretty, but they are a fact of life.  If a creditor sues you, you should hire a lawyer to avoid having to sit for a debtors’ examination.  If you cannot get out of a debtor’s examination, answer truthfully, because lying in a deposition is perjury, which is a crime punishable by incarceration.

A Consumer Debt Lawyer Can Keep You Out of Jail

You should hire a consumer law attorney if your debt is so bad that you can’t pay child support or creditors are suing you.  Contact Nowack & Olson, PLLC for help today.