Debt Is For Doctors, Too 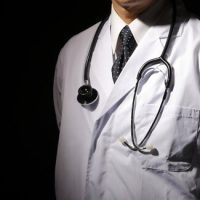 The motivations for pursuing an advanced degree are various.  Some people do it for bragging rights, or maybe you just wanted to let your nerd flag fly.  Almost everyone agrees, though, that doctors, lawyers, and professional scientists can easily get jobs that pay six figures.  If you spent years in school to get a collection of letters such as M.D., J.D., D.D.S., or Ph.D. behind your name, though, it can often feel like the “D” stands for “debt.”  Student loans are not just for people who sought out a college experience that was well beyond their means or for people who pursued humanities Ph.D. degrees as a labor of love, knowing full well that even the most lucrative jobs in their fields come with a modest salary.  Many physicians, lawyers, and other professionals who hold advanced degrees and well-compensated jobs keep seeing their student loan balances get bigger, even though years have passed since they graduated and entered the workforce.  If you are struggling with student debt despite working in a highly paid profession, contact a Boca Raton debt lawyer.

Student loan debt is a big problem for almost everyone who has attended college, whether you attended a state school for one semester and then dropped out or got a scholarship to an Ivy League school and borrowed to pay the portion of the expenses not covered by your scholarship.  Some of the biggest student loan balances, however, belong to people who graduated from medical school, law school, or doctoral programs.  Their loan balances tend to be in the six-figure range, and more than 100 former students have student loan balances in excess of $1 million.  These are some reasons why the most gainfully employed people have so much student debt:

Where Do We Go From Here?

Filing for bankruptcy does not make student loans go away, but if student loans are only one aspect of your debt problem, then bankruptcy could help you get rid of some of your other debts, such as credit card debt.  Debt consolidation loans are another way to pay down consumer debt and free up funds for student loan payments.  As for the student loans themselves, income-based payment plans are probably the best solution.

A South Florida debt lawyer can help you if you are struggling with debt despite holding an advanced degree and having a well-paying job.  Contact Nowack & Olson, PLLC in Boca Raton, Florida to discuss your case.