Debtors Explain Why They Filed for Bankruptcy 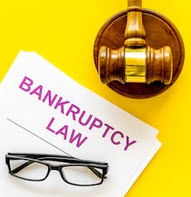 The website Fast Company had an interesting story published recently. The reporter spoke to three people who had filed for consumer bankruptcy to better understand why they filed and whether they regretted it.

As experienced Plantation bankruptcy attorneys, we have helped tens of thousands of consumers get a fresh financial start, and the stories published in Fast Company resonated with our experiences helping Floridians just like you get on top of their debts. Interestingly, none of those profiled regretted filing for bankruptcy. Instead, they saw doing so as a necessary first step to financial freedom.

Divorce was a Catalyst

One person spoken to, Robert Gale, had to file for bankruptcy when he divorced. Gale and his wife had managed to accrue a substantial amount of consumer debt while married. However, they were making good money in their jobs so were able to stay current on the debt.

But when divorce struck, they had fewer options. For one, Gale’s wife made less money and felt that she couldn’t carry 50% of the $140,000 in debt that the couple had amassed. This meant that the entire amount fell to Robert, and he also didn’t make enough money to keep up with his debt payments.

As a result, Robert decided to file for bankruptcy jointly with his wife. Admittedly, Robert was hesitant because he knew his credit score would take a hit, but filing for bankruptcy allowed him to move on with his life. Now remarried, he and his new wife carry only a mortgage for debt.

Divorce also helped spur Mopelola Fagbemi into bankruptcy protection. The mother of three children, she tried to pay all her bills on her salary and child support. But one day her wages were garnished for a debt she couldn’t pay, and she realized she needed to act to get out from under her debts.

Ignoring the Advice of Friends was Key

Ms. Fagbemi also reported that she had hesitated to file for bankruptcy because family and friends encouraged her to pay off the debts she had incurred. But such unsolicited advice is often short-sighted. For one thing, family members do not really understand the stress of living with so much debt hanging over your head. For another, they rarely understand the intricacies of bankruptcy and might erroneously claim you will lose everything you own, which is not true in Florida.

Another common misconception is that filing will forever tarnish your credit score. Whitney Reynolds, the third person interviewed by Fast Company, put those fears to rest—Reynolds’ credit score has risen into the 700s a few years after filing for bankruptcy protection.

If you are considering bankruptcy, you need to make an informed choice. This means meeting with a bankruptcy attorney in Plantation to review your debts and the different options for tackling them.

At Nowack & Olson, our Plantation bankruptcy attorneys have helped indebted consumers for decades wipe the slate clean and start over. If you want more information, or if you have questions, please contact us. You can call 888-813-4737 to schedule a confidential, free consultation with one of our attorneys.