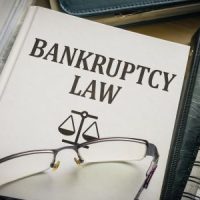 Bankruptcy is an efficient way to make debts disappear.  Almost any kind of debt, with the exception of alimony, child support, court-ordered fees and fines, tax debts, and some student loans, can vanish into thin air; in other words, bankruptcy can make most consumer debt simply go away.  Most people struggle for years before declaring bankruptcy.  They live with a constant barrage of threatening emails, letters, and phone calls from creditors threatening to sue them and to garnish their bank accounts or paychecks.  Even if a creditor has already sued you and obtained a judgment, and has even obtained a garnishment order, so that a portion of your pay has started going toward repayment of the debt, it is not too late to discharge the debt in bankruptcy.  The first step is to contact a Plantation wage garnishment lawyer.

It is no exaggeration to say that the law goes out of its way to help creditors collect debts.  Business to consumer lawsuits, mostly over unpaid debts, have increased at an alarming rate.  In 2015, however, an appeals court in Florida ordered a dentist’s office to pay money to a creditor, when in fact it was an employee of the dentist’s office that had incurred the debt.

Under circumstances that the appeals court’s decision does not disclose, David sued Paula for breach of contract; the decision does not include any information about the terms of the contract.  The court ruled in favor of David in the breach of contract lawsuit and ordered Paula to pay him an amount of money also not disclosed in the appeals court’s ruling.  When Paula did not pay, David obtained a garnishment order against the dentist’s office where Paula worked, and for the next several pay periods, the dentist’s office sent a portion of Paula’s earnings to David to pay the judgment that the court had ordered her to pay in the breach of contract lawsuit.  Before the full judgment amount had been repaid, Paula filed for bankruptcy, and in so doing, discharged her debt that she owed to David.

David then tried to collect payment from the dentist’s office where Paula worked, which had been garnishing her wages to pay David.  He claimed that, by signing the garnishment agreement, the dentist’s office was agreeing to keep making payments to David by any means necessary until the judgment amount was paid in full.  The appeals court ruled that, pursuant to the garnishment order, David had the right to continue collecting money from the dentist’s office, but it did not specify whether the money needed to come out of Paula’s pay, since she was no longer responsible for the debt.

Bankruptcy Makes Some Things Simpler and Other Things More Complicated

A wage garnishment lawyer can help you get out of the nightmare of having your hard-earned money sent directly to creditors.  Contact Nowack & Olson, PLLC in Plantation, Florida to discuss your case.