Don’t Ignore Calls From Creditors, But Don’t Give Away Too Much Information 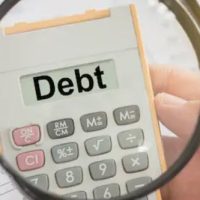 A common feature of lawyers, diplomats, and the most successful social hosts is that, when put on the spot, they can think of something to say that sounds appropriate but cannot be used against them later.  They have spent years practicing this skill.  You should also employ this tactic when dealing with debt collectors; it will save you a lot more money in the long term than simply ignoring debt collection calls.  Unfortunately, it is not so easy to engage in the art of polite doublespeak when debt collectors call you as you are commuting home from your second job while trying to think of meals you can prepare for the next several days until your next paycheck arrives and you can afford to go grocery shopping again.  You can avoid making your debt problems worse by saying the right things and knowing when to stay silent.  A good way to get an introductory lesson on these tactics is to contact a Boca Raton debt lawyer.

Ask More Questions Than You Answer

Debt collectors will inevitably ask you a lot of questions, and it is not your imagination if you think they are doing this in an attempt to intimidate you into paying.  Don’t get flustered or lose your temper, though.  Instead, you should ask questions.  Rather than being defensive about the fact that you cannot possibly owe that much money, ask the debt collector to verify the debt.  If you do this, the debt collector is obliged to send you a written verification of the debt and cannot make any more debt collection calls or file a lawsuit against you until after they send the written verification.

This gives you time to strategize about how you can pay the debt and, if you really doubt whether you still owe it (for example, if the statute of limitations may have passed), you have time to consult a lawyer.  Once you receive the debt verification letter, call the creditor back and ask more questions about your options for payment plans and settling for a lower amount.

Don’t Admit to Owing the Money, but Don’t Assume That the Call Is a Scam

There are so many debt collection scams out there that it is understandable to be skeptical.  Don’t ignore the call on the assumption that it is a scam, but at the same time, be careful what you say.  Debt collectors are trying to get you to admit responsibility for the debt; you should not do this until you have received a written verification.  They are also just trying to get you to engage, so that they can reset the statute of limitations and prevent it from expiring.  As with car insurance claims, the less you say, the better.  If a lot of money is at stake, it is a good idea to talk to a lawyer before you decide how to begin your negotiations with the creditor.

A South Florida debt lawyer can help you take a clear-eyed view of your debt and how to repay it and avoid letting frustration or panic influence your interactions with creditors.  Contact Nowack & Olson, PLLC in Boca Raton, Florida to discuss your case.