Fewer Americans Are Struggling to Pay their Medical Bills 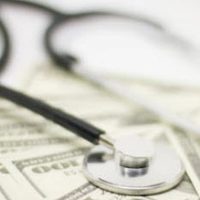 There is no doubt that medical debt is a significant cost for Americans, even those with health insurance. According to a survey by the Kaiser Family Foundation, the average premium for a person with worker-provided health insurance was over $20,000, of which employers covered around 70%. Before even seeing a doctor, many Americans are struggling to pay the other 30% in premiums.

And if they get sick? We know that medical debt and illnesses contribute to almost 67% of all bankruptcies in the United States. About around 1 in 5 people also have overdue medical debt on their credit reports, with many of those accounts now in collections.

But there is good news contained in a report from the National Health Interview Survey. The share of the population that has struggled to pay medical bills in the past year has dropped all the way to 14.2% in 2018. The number was previously close to 20% as recently as 2011. This is good news for consumers, who might find themselves forced into bankruptcy when medical bills become too expensive.

Pain is Not Evenly Distributed

Some Americans were better able to pay their bills than others. For example, 20.6% of black respondents reported that they struggled to pay medical bills in the past month. Around 15.6% of Hispanic people responded likewise. Whites had much lower numbers.

Those who were uninsured also struggled more with medical expenses than those with insurance. This probably explains why younger Americans, who are more likely to lack insurance, struggled with medical bills.

Americans also borrow a lot of money to cover the cost of their care. A survey by Gallup in April 2018 reported that Americans borrowed roughly $88 billion in total to pay for medical treatments.

What to Do if You Are Struggling

The high cost of medical treatment often prevents people from seeking care in the first place. Other surveys have found that almost a quarter of Americans have postponed receiving medical treatment for serious conditions because of concerns over the cost. The number who delay treatment for minor injuries and illnesses is probably even higher.

If you have medical expenses you cannot immediately pay, there are certain things you can do:

Give Us a Call