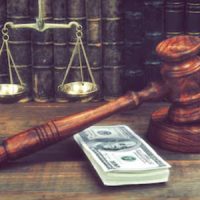 Bankruptcy filings are often a good indication of the current health of the economy. When people lose jobs, they often rely on credit to get by and pay for essentials like food and transportation. After a while, however, all bills become due and the unemployed and others soon become insolvent. Bankruptcy is a sensible option for many people to get rid of certain debts, like credit card debt or personal loans.

The recent statistics from the American Bankruptcy Institute (ABI) contain good news. The number of bankruptcy filings in Florida fell by roughly 4%, year over year, when comparing January 2020 filings to those in January 2019. It’s safe to say that consumers are feeling good about their financial position and are not having trouble managing their debt loads.

Let’s look at some more statistics below.

For January 2020, Floridians filed 3,566 bankruptcy cases. This number was similar to the filings in Georgia, our neighbor to the North, which had 3,771 filings, but are much lower than in California, which had 5,071 filings for the month.

Most Filings are Chapter 7

Chapter 7 is the simpler of the two major consumer bankruptcies, Chapter 13 being the other. With a Chapter 7 bankruptcy, consumers can clear out debt quickly, usually in 3-4 months. With a Chapter 13, by contrast, consumers must diligently stick to a payment plan for three to five years before any debts are wiped out.

Florida Is Off to a Better Start than in 2018

The bankruptcy numbers for Florida in 2018 were alarming. The state saw a 17% increase in the number of filings for 2019 when compared to all of 2018. This increase was the tenth highest in the nation and made some people question whether the state was slipping into a recession.

Interestingly, the percentage of Chapter 7 cases was higher for 2019 than we have seen so far in 2020. For all of last year, about 67% of all bankruptcies filed in our state were Chapter 7, compared to 32% for Chapter 13. We will see how the percentages shake out for the remainder of the year.

Nowack & Olson, PLLC has helped tens of thousands of consumers tackle their debt in an orderly fashion. We can help you decide whether Chapter 7 or Chapter 13 is right for you, and we can help you budget if you decide to go with a payment plan.

Call us today at 800-813-4737. We offer a free consultation with one of our Plantation bankruptcy attorneys.