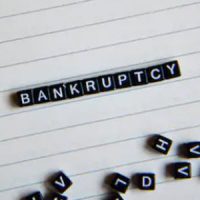 Several years ago, ESPN made an entire series of rags to riches to rags stories of professional athletes who gained immense wealth during their sports careers, only to lose their fortune several years later.  Viewers who lack athletic talent watched the show with Schadenfreude, thinking that people who made their money through boring jobs can never go broke.  In fact, financial hardship can happen to anyone.  No matter whether you inherited your wealth or earned it at a desk job or through some occupation with greater star power, reversals of fortune can make your money disappear as fast as it appeared.  If this describes your financial situation, contact a Boca Raton chapter 7 bankruptcy lawyer.

If Generosity Doesn’t Get You, the Great Recession Will

Antoine Walker grew up in Chicago, and his NBA career began in Boston, but Floridians remember him best from his tenure with the Miami Heat, where he played from 2005 until 2007.  Stardom almost immediately brought with it a new set of financial problems.  Like many celebrities who experience a windfall at the beginning of their fame, Walker’s first priority was to be generous to his family and friends.  He estimates that he gave about 30 people enough money to help them achieve long-term financial stability, without asking for anything in return.  Of course, he intended to save some money for his future children, and he invested in several real estate properties, including three houses in the Chicago area and a $2.3 million mansion in Miami.  Even though he earned more than $100 million over the course of his NBA career, his debts eventually got away from them.

In 2010, Walker faced criminal charges for writing bad checks to several casinos in Las Vegas, and the media made much of the fact that Walker owed gambling debts.  Gambling was not the main source of his financial woes, though.  Walker’s problem was the same problem everyone had in 2008 and its immediate aftermath, namely the real estate market crash.  To make matters worse, he had put up his real estate properties as collateral on some of his loans.  When Walker filed for chapter 7 bankruptcy in 2010, he owed $3.6 million in mortgage debt on South Florida his mansion, about one and a half times the value of the house.  In fact, on his bankruptcy filing, he listed the value of his assets at just over $4 million and his debts as more than $12 million.

This story has a happy ending, though.  In 2013, Walker declared that he was debt free.  You may not have Antoine Walker’s basketball talent, but you do have the same right that he has to file for bankruptcy.