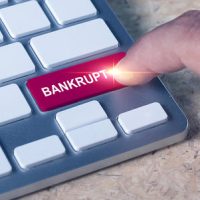 Sordid tales of fresh-faced child stars who grew up to have an above average share of adult problems are their own subgenre of celebrity gossip.  The public seems to get a kick out of hearing the names of celebrities whose squeaky-clean teenybopper image once set an impossible standard for their audiences to live up to attached to concepts such as addiction, domestic violence, and financial hardship.  Of course, financial hardship and the physical and emotional stresses that lead to it and result from it are no fun, especially not when they happen to you, so perhaps Schadenfreude is not the appropriate response when people who once seemed to have everything going for them become overwhelmed with debts.  As reassuring as it may be that even celebrities can struggle to keep up with their debt payments, the best response to your own debt problems is not to click through the archives of celebrity news websites, but instead to contact a Plantation chapter 7 bankruptcy lawyer.

David Cassidy earned tens of millions of dollars during the course of his TV and music career.  After becoming a teen star on the TV show The Partridge Family in the 1970s, he released a series of successful albums.  Life happens to everyone, though, and it happened to David Cassidy.  In the early 1990s, he and his third wife Sue welcomed their son Beau and bought a waterfront house on Ocean Drive in Fort Lauderdale.  In his later years, though, Cassidy struggled with alcoholism; he first spoke publicly about it in 2008, and in subsequent years, he was arrested for DUI several times.  In 2014, his wife filed for divorce, and in 2015, Cassidy filed for bankruptcy.

In his bankruptcy filing documents, he listed just over $292,000 in mortgage debt for the Ocean Drive house and $39,000 in credit card debt.  The documents also mentioned that he jointly owned some horses and had expenses related to their care.  He gave up the house as part of the bankruptcy case, and it was auctioned off.  He also went on tour to raise money to pay his debts.  Cassidy was in his 60s when he filed for bankruptcy; he died two years later, in 2017.

Credit Card Debt and Home Mortgage Loans Can Happen to Anyone

You don’t have to be a former teen heart throb to have credit card debt and a home mortgage.  These kinds of debts are very common.  When you file for chapter 7 bankruptcy, the court can liquidate some of your assets, but it will not sell off things you really need.  It stands to reason that, at the time of his bankruptcy filing, he owned at least one other house.  The bankruptcy court will not make you sell your primary residence.

A South Florida chapter 7 bankruptcy lawyer can help you file for bankruptcy protection, even if you have neither star power for musical talent.  Contact Nowack & Olson, PLLC in Boca Raton, Florida to discuss your case.