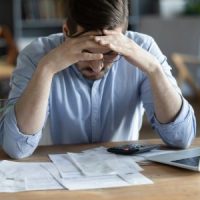 People who have seen the movie King Richard will be familiar with the story of how Richard Williams and his wife Oracene Price bought a house in South Florida and outfitted it with tennis courts where their daughters Venus and Serena would practice playing tennis until they became world champions.  Today, the house bears few traces of its glory days; not only have its inhabitants changed, but so has their financial situation.  In 2021, the house went into foreclosure, and Lakeisha Williams, who lives in the house with her son, the younger half-brother of Venus and Serena, recently filed for chapter 13 bankruptcy in an effort to remain in the house.  Contact a Miami chapter 13 bankruptcy lawyer to find out which bankruptcy option is best for you if you are in danger of home mortgage foreclosure.

How Does Chapter 13 Bankruptcy Affect Divorce and Foreclosure?

In 1995, Venus and Serena Williams moved into a house in Palm Beach Gardens with their parents, who built tennis courts on the grounds of the house.  In the years that followed, the Williams sisters became household names, but their parents’ relationship deteriorated, and Richard Williams and Oracene Price divorced in 2002, with the divorce court awarding the marital home to Richard.  When Richard Williams married Lakeisha Graham in 2009, she moved into the Palm Beach Gardens house.

Richard and Lakeisha Williams separated in 2017, and Lakeisha continued to reside in their house with the couple’s son.  The couple eventually filed for divorce.  Richard’s health problems have been one factor complicating their divorce case.  Another is the issue of the house and the debts associated with it.  A mortgage lender initiated foreclosure proceedings in February 2021.  In March 2022, Lakeisha Williams filed for chapter 13 bankruptcy in an effort to halt the foreclosure proceedings.  (When someone with a pending divorce files for bankruptcy, the divorce cannot become final until the bankruptcy case finishes.)

In her bankruptcy filing, Lakeisha Williams listed the house as her most valuable asset and also as the source of her biggest debt. She owes approximately $500,000 on the house, which her bankruptcy filing claims is worth about $600,000, although other sources have listed its value as $1.3 million.  She is asking to enter a repayment agreement that will enable her to pay down her debts, most of which are related to the house, over a five-year period.  The lender alleges that Williams is just trying to buy time by filing for bankruptcy, since the bankruptcy case automatically stalls the foreclosure case.  In a chapter 13 bankruptcy filing, debtors are not required to sell their property to pay debts.  Most consumers who own their houses get to keep the house even in a chapter 7 bankruptcy filing.

A South Florida chapter 13 bankruptcy lawyer can help you keep your house after filing for bankruptcy, even if your house does not have nearly as much star power as the one where Venus and Serena Williams began their career.  Contact Nowack & Olson, PLLC in Miami, Florida to discuss your case.