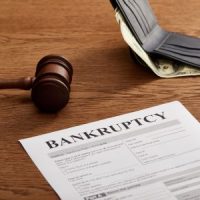 Anyone who watched television in the early 1990s remembers those “this is your brain on drugs” public service announcements.  Those public service announcements did not mention the damage that drug addiction can do to your health, personal relationships, and finances.  Rebuilding your life after achieving sobriety is no simple task, and one of the biggest challenges is settling your debts and re-establishing your creditworthiness.  In some cases, negotiating with creditors or taking out a debt consolidation loan is a good place to start.  In other cases, filing for bankruptcy protection is the best way to make a clean break with the financial problems in your past.  Plenty of people have found that Florida is a great place to embark on a successful career after struggling with addiction somewhere else.  If you came to Florida to begin your journey to sobriety, and you need help with the more challenging financial aspects, contact a Boca Raton chapter 7 bankruptcy lawyer.

L.T. Turned Over a New Leaf by Filing for Bankruptcy

Lawrence Taylor was a big star during his NFL career with the New York Giants in the 1980s and 1990s; he was known as “L.T.” and “the Big Blue Wrecking Crew.”  Like many other professional athletes, he struggled with drug addiction and excessive spending during and after his seasons with the NFL.  He began using cocaine during his rookie season with the NFL in the early 1980s, and after he retired from the NFL in 1993, he went to drug rehab several times, but relapsed, and twice he was arrested after attempting to buy cocaine from undercover officers.

Taylor settled in Florida after retiring from the NFL and embarked on a business career, establishing a company called All-Pro Products.  He suffered heavy financial losses in the late 1990s after business associates defrauded him.  1999 marked a turning point for Taylor.  He filed for chapter 7 bankruptcy, as this was the only way to avoid losing the house he owned in New Jersey.  He also entered rehab again, this time staying sober for more than a decade.  The aughts turned out to be a great decade for Taylor’s post-NFL career.  He found success as a sports commentator, and he also acted in films, competed on Dancing With the Stars, and even had a voice acting role in one of the Grand Theft Auto games.

When you file for chapter 7 bankruptcy, the court can ask you to forfeit some of your assets so that it can sell them to pay the proceeds toward your debts.  The property deemed necessities is exempt from being liquidated.  The good news about chapter 7 bankruptcy is that most of your debts get discharged within a year of the bankruptcy filing.

A South Florida bankruptcy lawyer can help you discharge your debts quickly so that you can put your past financial problems behind you and start rebuilding your credit.  Contact Nowack & Olson, PLLC in Plantation, Florida to discuss your case.