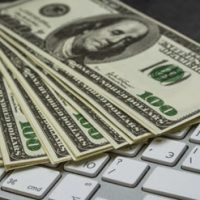 Celebrities seem to be filing bankruptcy a lot recently. News reports have informed us that German tennis star Boris Becker has been involved in bankruptcy proceedings. Dina Lohan also filed for bankruptcy this Fall.

Rucker was arrested and convicted in 2016 for stealing money from his nonprofit charity. In 2016, he was sentenced to prison and ordered to pay over $100,000 for using the nonprofit’s money to pay off personal expenses, including gambling debts.

Rucker and his wife filed for bankruptcy, alleging that they owe around $860,000—a staggering sum for someone who has spent the past few years in jail. However, his legal problems are partly to blame. According to the petition, Rucker is trying to discharge attorney fees related to his criminal case. The couple is also trying to eliminate money owed to the IRS.

Interestingly, Rucker and his wife report over $6,000 in monthly income, which is certainly enough for two elderly people to live on. However, the couple alleges that all but $10 of their monthly income goes to expenses, leaving them little money left over each month.

If a client wants to file a Chapter 13 bankruptcy, by contrast, they can spread out the attorneys’ fees over the course of the repayment plan. This will give a client three to five years to pay their attorney for their bankruptcy, which should be enough time to fully reimburse a lawyer.

When deciding whether to file for bankruptcy, you should carefully analyze each expense. Some debts are dischargeable, whereas others are not. For example, it is not clear whether Rucker will be able to discharge his IRS debts. Debtors can discharge only income taxes in bankruptcy, not fraud penalties, and the debt must be at least 3 years old.

In any event, filing for bankruptcy is often necessary to prevent a creditor from taking further action. Once you file, the automatic stay goes into effect, which halts all creditors (including the government) from trying to collect on a loan.

Bankruptcy is an excellent tool that allows debtors to find some breathing room and get back on financial track, but it is not for everybody. To find out more, please contact Nowack & Olson. We are leaders in South Florida in this field, and one of our experienced attorneys will gladly meet with you to go over your options.