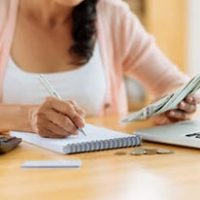 Several stories have appeared recently suggesting that the U.S. economy is slipping into recession. First, there were reports that the “yield curve” had inverted, meaning that long-term bonds were paying out less than short-term bonds—a sign that investors anticipated a recession in the near future. Then the May 2019 jobs report showed a smaller-than-expected number of new jobs created.

However, the news on the consumer credit front has been upbeat. This is good news if you are looking to get more credit or are trying to repair damaged credit by opening up a new account.

The S&P/Experian Consumer Credit Default Indices for May 2019 contained encouraging news. As reported by Yahoo Finance, default rates fell to 0.83%. Broken out by type of debt, we see the following:

The numbers were somewhat mixed for Florida. Miami is one of the major statistical areas studied in the report. It showed a slight increase month over month, from 1.32% to 1.37%. However, the May 2019 default rate was much better than a year ago, when it stood at a very high 2.77%.

These numbers suggest that consumers in Florida and around the nation are doing well at managing their debt loads. The slight increase in credit card defaults could be a sign of weakness, but we will have to wait for more data to come in. If consumers are truly struggling, we would expect to see defaults tick up for auto and home loans as well.

Not only are fewer people defaulting on loans, but lenders have not pulled back on the amount of credit available. As reported by the Daily Herald, consumer credit in April 2018 (the most recent month available) increased by the most in 5 months to an eye-watering $17.5 billion, compared to only $11 billion in March 2019. This was the largest jump in consumer credit since November 2018. Total borrowing reached a little over $4 trillion.

These numbers are good news for those who are trying to rebuild their credit. If the economy were contracting, then lenders might have slashed the amount of credit available. They haven’t.

In this environment, it is generally easier for those with poor credit to get established. It might seem counter-intuitive, but the only way to build your credit back up is to get access to it and then use your credit cards responsibly.

If you have defaults or even a bankruptcy on your credit history, lenders will be hesitant to lend. However, in a strong economy, more lenders might take a chance on someone without an ideal credit score. You can start out with a secured card but then test the waters and see if you can get an unsecured credit card. Proper usage (including paying your bills on time) will help get your score to where it needs to be.

A strong economy does not lift all boats, and people fall behind on their bills for a variety of reasons, including job loss and medical emergencies. If you can’t pay your bills, you need to meet with a Plantation bankruptcy attorney at Nowack & Olson. Please call 888-813-4737 to schedule a free consultation.