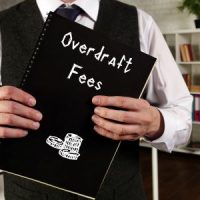 Anyone who has ever lived paycheck to paycheck has probably lamented that, unless you are wealthy enough to carry a hefty bank account balance at all times, banks charge you fees to use your own money.  It is just one of the many obstacles to getting out of debt.  Overdraft fees have been a major source of revenue for banks, at the expense of consumers with modest bank balances.  Every time your bank account does not have sufficient funds to cover a purchase you debited from the account, even if you are only short one penny, the bank charges you several dollars in overdraft fees.  This means that, when you get your paycheck, part of it goes to pay the overdraft fee and the insufficient amount from the transaction, so you have less money to work with for the pay period.  Overdraft fees perpetuate the cycle of debt, but the good news is that many banks are getting rid of them entirely, or at least making it easier for consumers to avoid them.  Choosing a bank that does not charge overdraft fees is just the first step to getting out of debt; the next step is to contact a Jupiter debt lawyer.

More than half of adults have paid an overdraft fee at least once in their lives, and many other have bank accounts that charge a monthly fee of a few dollars during months when the average daily balance in the account is below a certain number.  The worse news is that approximately 80 percent of the overdraft revenue generated by banks comes from just nine percent of consumer accounts.

Overdraft fees are predatory, to be sure, but what is the alternative?  Businesses do not turn away from their unethical practices spontaneously or out of the kindness of their hearts.  They do it either because of regulatory pressure or because they are losing revenue as they lose customers to businesses that offer more consumer-friendly options.  According to Matthew Gaughan of Insider Intelligence, these are some banks that have announced decisions to abandon the practice of charging overdraft fees:

Getting rid of overdraft fees is not, by itself, enough to cure America’s debt problem, but it is a step in the right direction.  It may help you avoid more late fees and maybe treat yourself to the occasional latte, but getting out of debt requires you to think carefully about the big picture.

Even Without Overdraft Fees, Getting Out of Debt Takes Expertise and Strategy

No longer having to pay overdraft fees is a relief, but debt is a more complex problem, and a debt lawyer can help you address it.  Contact Nowack & Olson, PLLC in Jupiter, Florida to discuss your case.