Half of Americans Fear a Medical Bankruptcy 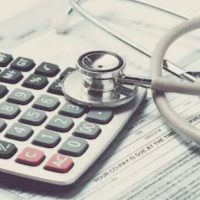 According to a Gallup survey, 50% of all Americans are worried that they could be driven into bankruptcy due to a medical event. This represents a 5% increase on the number of Americans who expressed this fear the year before. Younger Americans aged 18-29 and non-whites showed the biggest increase in concern.

We are not surprised at these fears. The price of medical care only seems to increase. And the COVID-19 pandemic has made everyone edgy that they might land in the hospital and on a respirator—at a time when many Americans have lost their jobs. The hospital costs for COVID-19 exceed $14,000 on average, and some patients pay over $30,000. Very few Americans can shoulder that kind of burden, and even those who are insured could be on the hook for tens of thousands of dollars.

As reported by UPI, the survey found that many Americans know someone personally who is struggling with medical debt. Roughly 1 in 7 people had a person living in their home with medical debt. The numbers who had distant relatives with debt must be significantly higher.

Few Resources to Cover an Emergency

Respondents also lacked confidence in their ability to pay for a medical emergency. Over 25% said that they would need to borrow money from someone just to pay a $500 medical bill. Others admitted that they would simply pay with a credit card and carry the debt.

it is critical that Floridians build up an emergency fund precisely for these reasons. Many people with insurance have mammoth deductibles—over $5,000 in most cases—so people need considerable resources to cover a medical emergency without having to get a loan.

Bankruptcy is Nothing to Fear

If you have medical bills that you cannot pay, there is one option that few hospitals will tell you about—bankruptcy. By filing for Chapter 7 protection, you could completely eliminate all medical debt. However, you only get to file for Chapter 7 once every 8 years, which means you shouldn’t file until you have received all the medical treatment you need.

Fears about medical bankruptcy are largely overblown, as hundreds of our clients have found out. Rebuilding your credit takes time but is something millions of people have accomplished. As the years roll by, the negative impact from the bankruptcy begins to lessen and you can obtain a car or other loan. Some people even find that they begin receiving offers for credit cards and personal loans soon after filing for bankruptcy.

Give Us a Call

The Plantation bankruptcy attorneys at Nowack & Olson, PLLC have helped more than 20,000 people in South Florida eliminate debt and take control of their lives. If you want to discuss your situation in a confidential setting, please call us to schedule a consultation at 888-813-4737.