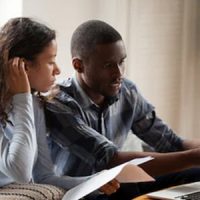 The recent coronavirus pandemic has had a devastating effect on the national and local economies. But how has credit card usage changed? When people feel financial stress, they can often reach for their credit cards to tide them over until they find work again.

Money.com performed a survey that asked Americans how they have used credit cards during the pandemic. Their results are very interesting and suggest consumers are continuing to use their cards—only differently.

Although millions of Americans have lost jobs or had their hours cut, the amount of credit card debt has continually decreased since March, when the pandemic hit. Consider the following: At the start of 2020, Americans owed $1.09 trillion in credit card debt. But by summer (July 2020), they had pared that amount by nearly $100 billion, dipping below a trillion for the first time since September 2017.

A little over half of respondents stated that they were trying to pare down debt because of the pandemic or had plans in place to do so soon. Certainly, the stimulus check and expanded unemployment benefits put money in people’s pockets. But many consumers learned the lessons from the last recession when credit card debt surged in the early days of the economic contraction. Now, many consumers are paying closer attention to how to reduce debt.

Interestingly, many of those surveyed had lost jobs—about 19%. And 33% had reported that their pay or income had decreased. Nevertheless, credit card debt has fallen despite the financial turbulence.

Americans Are Not Cancelling their Cards Any Time Soon

About 70% of those surveyed by money.com said that they do not plan to close or cancel a credit card account. So the demand for credit is still there. Indeed, around 38% of people reported that they only make purchases using their credit card—perhaps out of a desire to obtain points.

Some Consumers Are Swiping their Cards More

Not all Americans have been able to pare back on their spending, and many are paying substantial interest on their balances. For example, 35% of those surveyed reported they pay up to $300 a year in interest payments on their credit card debt. Another 20% reported they spend even more than that in a typical year, some even paying thousands in interest. Alarmingly, 1 in 10 reported having no idea what they pay in annual interest.

Around 25% of those surveyed admitted they spend more right now than before the pandemic, and about 39% admitted they are using their credit cards more. People who lived in cities were more likely to be spending more and putting more on their cards.

And what are they spending mostly on? Essentials like food and toiletries. A fact that should surprise no one: those who lost a job or suffered a reduction in pay reported using their cards more than before the pandemic.

Can Bankruptcy Help You?

Not everyone can pay back debt during the recession. Instead, some people realize that their debt levels are unsustainable. In particular, they are paying thousands in interest on loans they have no realistic chance of ever paying off.

If this describes your situation, contact Nowack & Olson PLLC today. We are experienced Plantation bankruptcy attorneys and can discuss whether filing for Chapter 7 or Chapter 13 protection is right for you in a free consultation.