Has the World Binged on Debt? 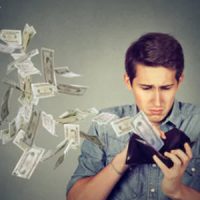 Debt is not entirely bad. In fact, it allows people to accomplish all sorts of goals. Imagine if you could not buy a house until you had saved the entire purchase price. Many people would never be able to own a home because they would be spending all of their money on rent.

Nevertheless, debt often limits economic growth and the freedom for individuals to build the kinds of lives that they want. Because of debt, some people work jobs they don’t want to, live in neighborhoods they don’t find safe, and send their children to schools that they can barely afford.

Some experts have sounded the alarm on how indebted the globe is. In fact, they believe that the “debt binge” that our country has undertaken could soon cause serious problems.

According to research reported in Axios, the entire world is currently $257 trillion in debt. Yes, that is trillion. To better understand how much debt this is, consider that the entire U.S. gross domestic product is only around 20 trillion. So the entire world has more debt than the U.S. could generate in a decade.

While the growth in debt has accelerated, growth in the world economy has also slowed. Many experts believe that the two are linked. If this is true, then the problem could slowly get worse, because there is no indication that the global debt pile will contract any time soon.

The American debt binge probably will continue. For one thing, interest rates have been very low, which has been the policy of the U.S. government. If rates get too high, then the current debt load becomes unsustainable, as payments on interest will overwhelm the finances of people and governments. However, low rates create a catch-22, since they encourage people and businesses to borrow.

How Has Debt Affected You?

Ballooning debt loads might be bad for the global economy, but how are they impacting ordinary people? Many of our clients report the following:

If you have experienced these or similar negative emotions, it might be time to consider filing for bankruptcy. Discharging debt in bankruptcy can often provide peace of mind and free up resources for other expenses in your life.

Many people unfortunately are suffering from certain bankruptcy myths, such as fears that they’ll never qualify for a car loan or credit card in the future. Let us explain how a bankruptcy will likely play out. Please call Nowack & Olson, PLLC at 888-813-4737 to schedule a consultation with one of our Plantation bankruptcy lawyers.