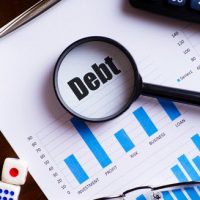 A health crisis can make it extremely difficult to stay financially solvent. Many Americans lack sufficient health insurance and swiftly find themselves in tens of thousands of dollars of debt.

As reported by CNBC, a recent study has found about two thirds of bankruptcies are related to health issues, which cause them to incur medical expenses and also prevent them from working, thus depriving them of income. In all, around 530,000 families must file for bankruptcy each year as a result of a medical issue.

Health reform legislation, principally the Affordable Care Act (ACA), was supposed to make insurance affordable for all Americans. In theory, insurance should reduce the out-of-pocket expenditures when people get sick and should, as a result, reduce the number of people that need to file for bankruptcy. However, the researchers found something else entirely.

The reason? Researchers suspect that the health insurance that people have is inadequate in the event of illness or injury. For one thing, many ACA policies have sky-high deductibles—up to $10,000 in many cases. A family probably does not have that kind of money lying around to pay out before their health insurance kicks in.

Other insurance policies do not pick up enough of the tab. Instead, the coinsurance rate might only be 60%, meaning that the person with insurance must pick up 40 cents for every dollar spent. Given the political environment in Washington, few big chances to the ACA can be expected in the near future, so we do not anticipate bankruptcies declining any time soon.

How Consumers Can Prepare

To protect yourself from financial ruin, you should carefully review your health insurance policy. Many plans provide for free screening tests, which can help you address a health issue early before it snowballs. Take advantage of all free or low-cost programs that can prevent serious medical issues.

Also try to save up an emergency fund that is equal to your deductible. This can certainly be a challenge, but it will prevent you from needing to rely on credit cards or personal loans in the event someone gets sick. You also should check whether you can receive better coverage for a similar price than you are currently paying.

Bankruptcy Can Wipe Out Medical Debt

Sometimes, people have no choice but to rack up thousands of dollars in medical care which they cannot afford to repay. In that situation, you should consider a consumer bankruptcy.

At Nowack & Olson, we have helped hundreds of people file for Chapter 7 liquidation, which is a fast way to wipe out unsecured debt like medical debt. We can analyze whether bankruptcy is a good option for you if you call 888-813-4737. We offer a free initial consultation.