How Is Detroit Doing after Filing for Bankruptcy? 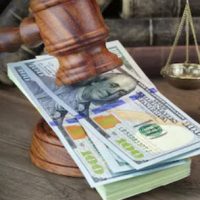 Detroit’s bankruptcy filing in 2013 was a shot heard around the world. At the time, it was the largest municipal bankruptcy. The city exited bankruptcy protection 17 months later, in 2014, leaner and meaner and ready for a renaissance.

How is the city doing a half decade after filing? A recent story in the Detroit Free Press has sobering news—the city might not be out of the woods yet, even after shedding around seven billion of dollars in debt. And there are lessons to be learned for individual consumers who hope to avoid financial backsliding.

Pension Costs Are Still a Problem

Detroit is not the only municipality struggling with pension costs. Over the past 20 years, city and state governments made generous contracts with their public workforce to provide for pensions, but these governments have not been funding them properly.

Detroit was actually given a break from having to make pension contributions, but that holiday ends in 2023. At that point, the city must make full contributions to retiree pension funds, which should total around $163 million a year. This will take a big bite out of the city’s revenues and should cause additional financial stress. Fortunately, the city has salted away some surplus funds to ease the shock coming in 2023.

The city’s expenses are expected to rise over the next decade, and at some point in 2026 the city’s expenditures are slated to exceed revenues. This means that the city will need to either crank up taxes to cover the shortfall or make additional deep cuts to city services. Either choice could be disastrous, as the city is still struggling with population loss.

Generally, increased taxes can drive businesses and people away, especially if there are nearby cities with lighter tax burdens. But cuts in services can also make a city less attractive. Detroit needs to continue to grow its tax base in the coming decade if it wants to weather the fiscal storm on the horizon. According to one estimate, the city is even smaller today than in 2010.

A municipal bankruptcy might seem totally unrelated to what consumers are going through, but that is not the case. There are important lessons to be learned:

Is bankruptcy right for you? To help answer that question, the Plantation bankruptcy lawyers at Nowack & Olson offers a free case evaluation to those who call 888-813-4737.