Insight on Bankruptcy from a Judge’s Perspective 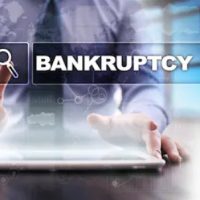 Bankruptcy judges in the U.S. court system are appointed for 14 years. Most have spent decades working as bankruptcy lawyers before stepping up to the bench, so they have a unique perspective on bankruptcy issues.

The recent Tampa Bay Times has an interview with Caryl E. Delano, who is currently serving as the chief bankruptcy judge for the Middle District of Florida. Below is a sampling of her insight.

Job Loss is a Key Contributor to Bankruptcy

Judge Delano says that many people file for bankruptcy after losing a job and “getting behind the 8 ball” financially. Sometimes divorce also contributes to bankruptcy, since people are used to living on 2 incomes and splitting some fixed costs, such as rent or a mortgage. When the couple separates, suddenly each person’s expenses surge and they often need more income to support themselves.

According to Judge Delano, her district has seen an 8% increase in bankruptcy filings over the past year. However, when comparing filings to 5 years ago, the numbers are down almost 30%. In 2010, when the economy had tanked, her district saw 65,000 cases filed. Now, she sees around 25,000 filings a year.

The judge notes that the number of filings increased after Hurricane Irma landed in 2017. In particular, restaurants were hit fairly hard, and there have been a number of bankruptcy filings related to that. It will be interesting to see if bankruptcies climb again because of Hurricane Dorian, though it largely missed the state.

Her District is Trying to Address the Student Loan Crisis

The Middle District has pioneered a program to help those who are struggling with student loans, which are notoriously difficult to get wiped out in a bankruptcy. Judge Delano’s district has come up with a program that allows borrowers to delay payments in some cases or to pay the trustee. The program has only just started, but there are plans to start something similar in the Southern District of Florida, which covers Miami and Plantation.

A Chapter 13 Can Really Help Prevent a Home Foreclosure

Unfortunately, home mortgages cannot be discharged in a bankruptcy. However, the Chapter 13 repayment plan allows someone with mortgage arrearages to catch up without losing the home.

Say you owe $20,000 in mortgage arrearages because you were laid off. Once you get a new job, you want to catch back up on your mortgage. Because few people have $20,000 they can just drop to wipe out the arrears, they can instead spread the amount out over the course of a repayment plan for 3-5 years.

The Middle District also has a mediation program, which might allow borrowers to change some of the terms of their mortgage. The Southern District has this program also.

Nowack & Olson is a leading bankruptcy law firm serving South Florida. Our Plantation bankruptcy attorneys have the experience necessary to get you the bankruptcy you deserve. For help with your case, please call us at 888-813-4737.