Is It Your Problem If Your Ex-Spouse Goes Into Debt Supporting Your Adult Children? 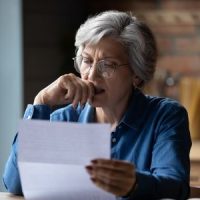 When you get married, people will warn you about common sources of conflict between spouses, such as division of household chores, how soon to return to the workforce after the birth of a child, and the rules regarding teenagers and driving.  They don’t usually tell you, however, about the disagreements you might have with your spouse about financially supporting your children after they have reached adulthood.  Are Parent PLUS loans a deal breaker?  Is it better for your kid to take out loans to live in the dorm or to commute to college when the drive is an hour each way?  Is it worse to have your 25-year-old son live at home with you if the income from his job isn’t enough to afford an apartment, or is it worse for you to pay part of his rent so you don’t have to deal with his nocturnal lifestyle and his annoying girlfriend?  Unfortunately, divorcing your spouse is not an error-proof solution to this problem.  Divorce isn’t cheap no matter your financial situation, and if your spouse has depleted your savings by spoiling your overgrown babies, dissolving your marriage may not absolve you of all the debts that resulted from your spouse’s actions.  A bankruptcy and divorce lawyer can help you disentangle yourself from the debts your ex-spouse incurred during your marriage.

When a couple gets a divorce, Florida courts undertake the equitable distribution of the couple’s marital assets and debts; equitable means fair, but not necessarily equal.  Marital assets are any wealth either spouse acquired during the marriage, except inheritances and personal injury settlements; it does not matter which spouse’s name is on the title for something to count as a marital asset.  Likewise, marital debts are all debts incurred during the marriage, regardless of which spouse borrowed them.

For example, Matthew and Susan divorced after their son graduated from college.  During their marriage, they took out loans to pay for his college tuition and his car; Matthew signed for the student loans, and Susan signed for the car loans.  The trial court assigned the student loans to Matthew and the car loans to Susan, but this left Matthew with a much heavier debt burden, even though his income and Susan’s were similar.  He appealed the decision, and the appeals court reclassified the loans as marital, with each parent becoming responsible for an approximately equal share of the remaining debt balance.

Making Payments on Junior’s Car Loan Is a Discretionary Expense

The good news is that, if the divorce court saddles you with debts your ex ran up during the marriage, you can discharge some of those debts in bankruptcy after the divorce becomes final.  The better news is that your ex’s decision to spend beyond their means to support your adult children isn’t your problem once you are divorced.  Alimony awards are based only on necessary expenses, and family law courts consider parents’ contributions to the financial support of their adult children’s discretionary expenses, not necessities.

Break Free From Your Ex-Spouse’s Debts

A Plantation bankruptcy & divorce lawyer can help you reboot your finances after a divorce.  Contact Nowack & Olson, PLLC for a consultation.