Is Uber Headed Toward Bankruptcy? 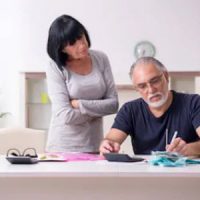 Uber has revolutionized the way people get around cities. With the simple use of an app, a person can request a car to come immediately to their door, often for a fraction of the cost of what a taxicab would charge. Uber is also part of the growing “gig economy”—freelance jobs that people can take on the side to supplement their income.

However, some business analysts are not impressed with the company’s future and are even predicting that the value of Uber stock could soon drop to $0, a shocking turn of events for a company that is widely seen as flying high. Investor Place has a post collecting some of the more negative opinions in the business community regarding Uber’s prospects.

Are We Repeating the Tech Bubble?

In the late 1990s, as e-commerce began to take off, many startups with nothing more than a website to their name managed to lock down millions of dollars in funding, under the mistaken belief that they were sure-win propositions. Pets.com is seen as the paradigm of this tech exuberance, which crested around 2000 and then crashed shortly thereafter.

Some investors see a similar exuberance surrounding the recent initial public offerings (IPOs) from Uber and Lyft, the other prominent ridesharing company. For one thing, Uber has not been as profitable as many people might imagine. Over the past 4 quarters, the company has actually lost $8.1 billion, which is a staggering sum. Although the company has continued to increase in size, its losses have also grown right along with it, and there is no indication the bleeding will stop any time soon.

Investor Place mentions another headwind for Uber. California is on the cusp of passing a law that will classify Uber and Lyft drivers as employees instead of independent contractors. This could have enormous consequences for these companies, which would have to:

Uber and Lyft could also be legally liable for injuries caused by their drivers if they are classified as employees, though each company currently carries insurance that can kick in during an accident.

Since its IPO, the value of Uber stock has declined almost 30%. Many analysts point to the number of Uber users as a sign the company is healthy. If Uber is currently losing money, they reason, then it can borrow until something turns around in the company.

However, like all businesses, Uber might be tied to the overall health of the economy. If things head south and we slip into a recession, then the number of Uber users could drop considerably, and the company could soon struggle to pay its bills.

Is Your Business Facing Bankruptcy?

Even in the best economy, some businesses will fail. If your small or family business is in financial distress, filing for bankruptcy might be the best approach to handling the issues head on.