Marijuana Companies Face Financial Difficulties—And Bankruptcy is Not an Answer 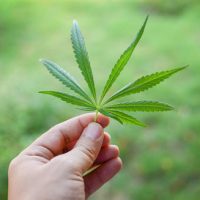 For years, marijuana advocates have touted their industry as a sure-fire way to increase business taxes in any state that decriminalizes medicinal or even recreational use of their drug. However, a recent story in the Los Angeles Times has thrown cold water on these dreams: many pot companies are struggling. And the answer to their difficulties will not be bankruptcy, since federal law prohibits them from taking advantage of bankruptcy protection.

Evidence has come pouring in that pot companies are facing severe financial headwinds. For example, the stock value of many pot companies has declined by around two thirds—a dramatic drop. Investors are signaling that they do not think the companies are worth as much as promised. Also, many companies are struggling to gain access to credit, which could help tide them over through difficult times.

There is also some evidence that larger companies are also struggling. One company based in Los Angeles, for example, had to reduce its corporate staff by over 40% due to financial pressures.

Because marijuana is a controlled substance under federal law, marijuana-related companies cannot gain access to Chapter 11 protection, which would allow them to reorganize their debts and stay in business. Instead, they need to liquidate, which means the end of the company.

There appears to be no signs of softening. As just one example, the U.S. bankruptcy trustee has adopted a hard-line opposition to letting marijuana-related companies seek bankruptcy protection. This stance is likely to prevail for the remainder of the Trump Administration. Federal law also prohibits pot companies from taking certain tax deductions for their operations, which puts them at a disadvantage compared to other businesses.

In Canada, bankruptcy is available, and many companies are filing for protection from creditors. Three of the largest Canadian pot firms have sought bankruptcy protection in the past year. Some companies based in the United States but who are listed on the Canadian stock exchange have investigated whether they can file for bankruptcy in Canada, too.

When companies can’t use bankruptcy, they go belly up and have to wind down their business according to state law. This can make things tricky for businesses that are located in many states, since they have to follow an array of different laws.

We Stay Abreast of Changes in the Law

Whether marijuana companies will ever be allowed to file for bankruptcy depends on many factors, including who the next President is. At Nowack & Olson, PLLC, our team of Plantation bankruptcy attorneys stay on the cutting edge of bankruptcy law, and we can use our knowledge to benefit you. For a free consultation, please call 888-813-4737.