Mistakes To Avoid When Dealing With Collection Agencies 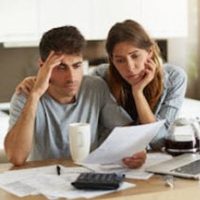 Phone conversations with collection agencies are among the most unpleasant types of human interaction.  Family law courts sometimes order divorced parents who cannot talk to each other without fighting to communicate through apps like Our Family Wizard instead of talking to each other face to face or by phone.  If only there were a system for low-conflict interactions between borrowers and collection agencies, since nothing good can come of a conversation between a person who cannot afford to pay any more than they have already paid on a medical bill and a person whose job it is to get them to pay.  The good news is that if you say the right things and stay silent where appropriate, you can get away from arguing in circles on the phone and into a situation where you can communicate more productively.  Most importantly, once you are able to move the conversation away from the phone lines, you have time to get a Miami debt lawyer on your side.

The less information you reveal during debt collection phone calls, the better.  Whatever you do, don’t give the debt collectors more contact information so they have more ways to contact you and keep bugging you about a debt that you would have paid off long ago if you had enough money to pay it.  In fact, your goal with every utterance should be to end the phone call as quickly as possible, or at least to move the discourse from phone call between debt collector and borrower to some other venue or medium of communication.  Just as people injured in car accidents should say “talk to my lawyer,” when asked to give recorded statements, you should do similarly with debt collection phone calls.  In the case of debts, there are a few actions you can take before getting a lawyer involved, but you should not do them on the phone.

Before you wrap up your conversation with the debt collector, you should request a debt verification letter.  Ask the debt collector for their mailing address or email, so you can send the request in writing.  In general, you should communicate with debt collectors in writing when possible so that you can have a paper trail.  The debt verification letter might reveal that you don’t actually owe as much as the collection agency says you do.  Even if the amount of the debt is correct, it at least gives you a starting point for negotiating a lower settlement amount.

Assuming That the Price Tag Will Not Budge

Third party collection agencies tend to be keen to settle debts, because they buy their debts from creditors at rock bottom prices.  Even if you offer to settle for 25 percent of the original amount, the collection agency will still be getting a return on its investment.  If you cannot afford to pay it as a lump sum, pay it in installments.

A South Florida debt lawyer can help you think clearly about settling and discharging debts if you keep getting phone calls from collection agencies.  Contact Nowack & Olson, PLLC in Miami, Florida to discuss your case.