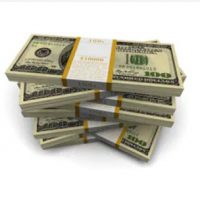 When a business files for bankruptcy twice, a question naturally arises: did the company simply not learn any lessons from the first go-around or are there serious problems in the industry?

CNBC has an interesting article on retailers that have filed for bankruptcy protection twice in the past decade. The retail industry has struggled recently, due to the rise of e-commerce, in particular Amazon. The gigantic retailer has become the “go to” location for people buying everything from clothes and shoes, to books and even furniture.

Digging Out from Debt

Large businesses that hope to stay in business typically file for Chapter 11 bankruptcy protection. This allows the debtor to reorganize debts while staying in possession of the business. Creditors typically have to take a haircut on their debts. Even though Chapter 11 empowers creditors to reject any proposed restructuring of debt, the bankruptcy judge always has the power to force a plan on them over their disapproval.

Many large retailers are struggling with expensive leases, especially in urban areas where real estate is scarce. By filing for bankruptcy, they can often break leases and other contracts, which can free up money. However, some retailers have found themselves right back in bankruptcy court a second time.

Haven’t We Been Here Before

Here are some of the retailers that have entered bankruptcy protection for a second time. For some, this will be the last time, since they have sold off their brands to competitors:

The consecutive bankruptcies, with little time passing in between, are clearly signs of an industry in crisis.

Although gigantic brands make the newspapers when they go under, almost any business is vulnerable to changes in how consumers shop. Many small businesses provide goods to retailers, so they could struggle as more people switch to buying online.

At Nowack & Olson, our Plantation bankruptcy lawyers work with small and family businesses that are in financial distress. If you are having trouble making payroll or paying your vendors, please contact us today. We can discuss how bankruptcy can help, including whether you should liquidate. Call 888-813-4737 to speak with an attorney.